Pregnancy Chances No Higher for Frozen Over Fresh Embryos

Fresh embryo transfer should be the most preferred option in assistant women as long as they do not have an immediate risk of ovarian hyperstimulation syndrome.

Freezing embryos for later transfer as part of assisted reproductive treatment does not result in a higher chance of pregnancy compared with fresh embryo transfer, finds a study published by The BMJ.

The researchers say the findings warrant caution in applying an indiscriminate 'freeze-all' strategy for all women undergoing assisted reproductive technology treatment, and that fresh embryo transfer should be used as the gold standard.


Elective freezing of embryos (a 'freeze-all' strategy) is becoming more common as pregnancy rates after frozen transfers approach those of fresh transfers.

A freeze-all strategy can also minimize the risk of ovarian hyper stimulation syndrome (a painful response to hormones used to stimulate egg development), but studies comparing the two strategies are lacking.

To help fill this evidence gap, a team of researchers set out to test whether a freeze-all strategy resulted in a higher pregnancy rate than a fresh transfer strategy.

Their findings are based on 460 women aged 18-39 years with regular menstrual cycles starting their first, second, or third treatment cycle of in vitro fertilization (IVF) or intra cytoplasmic sperm injection (ICSI) at fertility clinics at eight public hospitals in Denmark, Sweden, and Spain.

Women were randomized to one of two treatment groups.

Women in the fresh transfer group with an excess number of mature follicles (fluid-filled sacs containing an egg) on the day of triggering had elective freezing of all embryos and transfer was delayed as a safety measure.

The results show that the pregnancy rate (defined as a detectable fetal heart beat after eight weeks of gestation) did not differ significantly between the freeze-all and fresh transfer groups (62 out of 223 or 27.8% v 68 out of 230 or 29.6%).

No significant differences between groups were observed for pregnancy loss, and none of the women had severe ovarian hyper stimulation syndrome.

Time to pregnancy was longer in the freeze-all group.

The researchers point to some study limitations that may have influenced their results, but they say "in women with regular menstrual cycles, a freeze-all strategy with gonadotropin releasing hormone agonist triggering did not result in higher ongoing pregnancy and live birth rates than a fresh transfer strategy."

What's more, "a safe fresh embryo transfer strategy can be applied to women with regular menstrual cycles with strict cancellation criteria for the fresh transfer if an excess number of mature follicles are present," they add.

"The findings warrant caution in the indiscriminate application of a freeze-all strategy when no apparent risk of ovarian hyperstimulation syndrome is present," they conclude.

In-vitrofertilization Has Negligible Cases of Complications
Assisted Reproductive Technology includes procedures in which egg and sperm are both handled, as in in-vitro fertilization.
READ MORE 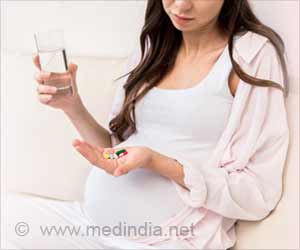 Managing Crohn's Disease During Pregnancy
Women with Crohn's disease need to consult a doctor at the time of contraception. Complications in pregnancy can be avoided as long as the disease is in a check with proper medications.
READ MORE