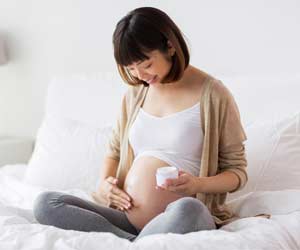 Frequency of reported pregnancies and pregnancy-related adverse events among women taking acne drug isotretinoin was evaluated by the investigators at Brigham and Women's Hospital.

Isotretinoin (also known by its former brand name as Accutane or Roaccutane) is an extremely effective acne medication that can help patients whose severe acne has not responded to other drugs. But the drug is also a potent teratogen -- if a woman takes isotretinoin while pregnant, even for a short period of time, the risk of severe birth defects is high.

Advertisement
‘Though iPLEDGE aids to protect newborns and women, alternative method for identifying the best method to decrease drug-related complications while maintaining access to them, is the need of the hour.’
Read More..


But despite the substantial imposition of iPLEDGE on patients and clinicians, the extent to which it has reduced pregnancy and other adverse effects has been unknown.
Advertisement
In a paper published in JAMA Dermatology, the team reports that although the number of pregnancies has decreased, pregnancies among women taking isotretinoin have continued to persist even after the implementation of iPLEDGE.

"While the number of pregnancies among patients taking isotretinoin is low, even 200 pregnancies is too high," said corresponding author Arash Mostaghimi, MD, MPA, MPH, director of Dermatology Inpatient Service and co-director of the Complex Medical Dermatology Fellowship Program at the Brigham. "We need to think about regulations that can reduce that number without being overly burdensome for patients and physicians."

iPLEDGE requires that women of childbearing age have a negative pregnancy test and attest to using two forms of birth control or abstinence before they can begin taking isotretinoin. They then must repeat a pregnancy test and attestation every month they continue taking the drug. Each month, physicians prescribing the drug must enter the test results and the pharmacist must obtain authorization from the iPLEDGE program.

In the current study, investigators analyzed FDA reports of pregnancy-related adverse events associated with isotretinoin from January 1, 1997, to December 31, 2017, using the FDA Adverse Event Reporting System (FAERS), a database of medication adverse event reports filed by prescribers, consumers and manufacturers. Reported pregnancies peaked in 2006 (768 pregnancies) before settling into a range of 218 to 310 per year after 2011.

Pregnancies, abortions and fetal defects all decreased after iPLEDGE was implemented in 2006 but continued to persist. The authors note that several factors beyond iPLEDGE may be contributing to the downward trend, including a national decrease in teen pregnancy and increased usage of long-term birth control and emergency contraception.

Earlier this month, Mostaghimi and colleagues used the FAERS database to look at a different constellation of side effects: those related to mental health. In that study, they found that a large proportion of patients taking isotretinoin experienced mental health issues, including anxiety, depression and suicidality.

"With mandated, monthly visits for iPLEDGE, we have an opportunity to improve screening for other side effects, such as mental health, in addition to identifying more effective ways to lower pregnancy rates," said Mostaghimi. "iPLEDGE springs from the desire to protect newborns and women, but we should think of it as a testing ground for identifying the best system to reduce isotretinoin-related complications while maintaining access to an important drug."

Isotretinoin and Timing of Skin Procedures
Safety of skin procedures performed either concurrently with, or immediately after, treatment with ....

Achondroplasia
Achondroplasia is a rare genetic disorder of bone growth that causes short-limbed dwarfism. It occur...

Acne
Acne vulgaris, popularly known as pimples or zits is a skin condition affecting most teenagers....