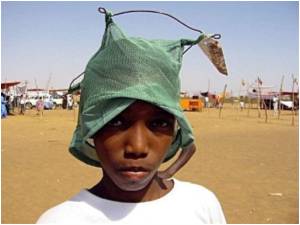 Emergency surgeries are carried out by the light of a cellphone and seriously ill patients are laid down 3 on a bed in Africa's largest hospital.

Twenty years after South Africans jubilantly swept apartheid aside, Johannesburg's Chris Hani Baragwanath Hospital, like many of the country's post-apartheid institutions, has failed to live up to the dream.

Away from the country's high-profile political scandals, a more pernicious institutional crisis is ravaging the "Rainbow Nation".


Small municipalities and large ministries are being eaten away by corruption, mismanagement and the enormity of serving all of the country's 51 million citizens, not just a white elite.
Advertisement
The problems are "systemic" and require a complete "overhaul" according to Phophi Ramathuba of the country's doctors association, but they are not limited to the health sector.

In rural Limpopo province 5,000 children had no text books for more than six months because the government stuffed-up a delivery contract.

Across the country the government has lowered the high school pass mark to 30 percent to ensure matriculation rates don't collapse under the weight of low-quality teachers, protected by government-allied unions.

At an upscale housing estate in Pretoria ill-trained or reckless police tramp through a suspected murder crime scene, putting their own case in jeopardy, while some investigations into the politically connected are dropped.

"The whole policing sector is a failed institution. It has become like a militia - like Haiti's Tonton Macoute," said political analyst Moeletsi Mbeki, the brother of former president Thabo, referring to the brutal paramilitary force created by ex-dictator Francois 'Papa Doc' Duvalier.

And a facility that was once one of Africa's finest hospitals is now plagued by broken equipment, a lack of basic medicine and despite having 3,200 of them, a lack of beds.

At the advent of democracy on 27 April 1994 Baragwanath Hospital had a stellar reputation, receiving referral patients from far beyond South Africa's borders.

Its doctors had already successfully separated conjoined twins, while a sister hospital in Cape Town was the first place in the world to successfully carry out a heart transplant.

With universal suffrage came a duty to care for tens of millions of black patients who had largely been denied access quality care for most of the previous century under racist apartheid laws.

"Things have got worse, it's so bad, it's actually frightening," said a black senior doctor at the hospital who asked not to be named.

He remembers an incident two weeks ago when three very ill patients were forced to share a bed in an admission ward that checks in more than 100 patients each day.

"The one in the middle died and suddenly these two people were sandwiching a corpse," he recalled indignantly.

In another recent case a woman was forced to share a bed with a male patient.

State "hospitals were much better run under apartheid," he said, dismissing suggestions that the expansion of medical coverage to black patients is the root of the system's problems.

"There was less money that was going into corruption."

When the ANC took over power 20 years ago, the party, by its own admission, lacked the capacity to run a government.

"We were taken from the bush, or from underground outside the country, or from prisons to come and take charge," the late Nelson Mandela recalled after becoming the country's first democratic president.

"We were suddenly thrown into this immense responsibility of running a highly developed country."

Understanding the challenges, voters returned the ANC to power by thumping electoral margins.

But 20 years on South Africans appear to be less understanding, with blame roundly piled on the governing party and its policies.

The party's leadership has "allowed corruption to take root, ran an ineffectual bureaucracy and education system, and spent millions on vanity projects," said analyst Max du Preez, in a recent book 'A Rumour of Spring'.

While Mandela sought to retain all but the most politically-warped white civil servants needed to run the country, many still left.

They were replaced by party acolytes who too often used the public sector for self-enrichment, looting coffers through manipulation while the people were neglected through poor service delivery.

"The public service is incapable of fulfilling its obligations because of a lack of capacity among civil servants," said Wits University vice chancellor, Adam Habib.

This is a consequence of affirmative action or the government's "misguided cadre deployment policy".

"Corruption runs rampant and is not dealt with firmly because of party loyalties or inefficiencies in the system," he said in a recently published book 'South Africa's Suspended Revolution'.

Despite the bleak picture, the country is unlikely to turn into failed state and a few institutions still function well.

"Our best institutions are the public protector, the constitutional court -- in fact the courts, generally are very independent and these institutions are doing what they are supposed to be doing," said Mbeki.

"SARS (the South African Revenue Service) is efficient at collecting taxes, but it's being used by Zuma and company to harass his opponents."

"South Africa did not go into a tailspin which other African countries went into, is because we have a very strong and competently managed private sector," said Mbeki.

"This is what keeps the country shining."