Quercetin is a naturally occurring antioxidant found in the skins of fruits, leafy vegetables, and berries, as well as in black tea, red wine and various fruit juices.


It is sold as a supplement in nutrition stores and is an ingredient in sports drinks such as FRS Energy, promoted by cyclist Lance Armstrong.


The research team led by Kirk Cureton, head of the department of kinesiology in the UGA College of Education in University of Georgia assessed a variety of measures, including the ability of muscles to synthesize energy, cycling performance, perceived exertion and strength loss following exercise.

They found that quercetin did not improve athletic performance in any of the measures they examined.

"We did not see any performance enhancing effect of quercetin," said Cureton.

"To a certain extent that was disappointing because our hypothesis, based on previous studies in mice, was that we would see positive effects. But our findings are important because they suggest that results from the animal studies shouldn't be generalized to humans," he added.

Cureton said the reason for the conflicting results is unknown, but added that several other studies currently in review for publication also has found no performance-enhancing effect.

The team hypothesized that the athletes used in the previous studies might not have benefited from quercetin because they had already maximized their mitochondrial density through aerobic training.

To address that possibility, the researchers recruited 30 men who were healthy but not endurance trained and randomly assigned them to either an experimental group or a placebo group.

The experimental group consumed a sports drink containing 250 milligrams of quercetin four times a day for up to 16 days, a dose and duration similar to previous human studies and comparable to studies in mice. The placebo group received the same sports drink without quercetin.

Cureton notes that had there been a performance-enhancing effect of quercetin, a sample size of 30 would have been sufficient to detect it.

The study appears in online edition of the Journal of Applied Physiology.

Antioxidants Could Encourage Cancer Growth in Some Cases: Study
A new study has cast doubt on the cancer-fighting power of antioxidants- found in many vegetables and whole grains - by showing that they can also help cancer cells to survive...
READ MORE 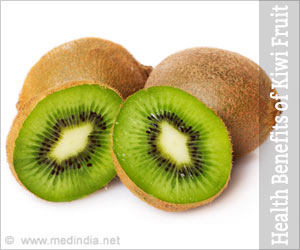