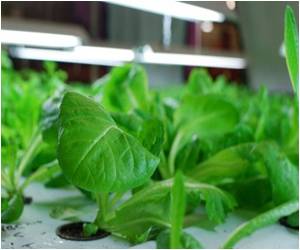 Bruce C. Campbell, formerly of Agricultural Research Service (ARS) under the US Department of Agriculture, and molecular biologist colleague Jong H. Kim, and others found that pairing antifungal medicines with compounds such as thymol, derived from herb thyme, can boost the healing effects of some of these drugs.

Athlete's foot (tinea pedis/ringworm of the foot) is a fungal infection of the feet.
Advertisement

Campbell and Kim's work, with species of Aspergillus mould, for example, has attracted the attention of medical and public health researchers.


Found worldwide in air and soil, Aspergillus can infect corn, cotton, pistachios, almonds and other crops, and can produce aflatoxin, a natural carcinogen, the journal Agricultural Research reported.

A molecule that would inhibit the action of yeast genes was being searched by Cha, a graduate student in cell and molecular biology at the university.
Advertisement
Aflatoxin-contaminated crops must be identified and removed from the processing stream, at times resulting in large economic losses, according to an ARS statement.

Since 2004, Campbell, Kim and colleagues have carefully built a portfolio of potent, plant-based compounds that kill a target Aspergillus species, A. flavus, or thwart its ability to produce aflatoxin.

Using plant-based compounds to treat fungal infections is not a new idea, nor is that of pairing the compounds with antifungal medicines.

But the research team has explored some apparently unique pairs, and have provided some of the newest, most detailed information about the mechanisms likely responsible for the impact of powerful combinations of drugs and natural plant compounds.

Latest antifungal drugs are resisted by fungi that cause severe infections in those with compromised immune systems such as those suffering from cancer, trauma and organ transplantation.
Advertisement
<< Botox to Treat Hay Fever
New Imaging Technique to Identify Early-stage Coronary Dise... >>

Fungal Infections
News Archive
News Resource
Advertisement
News Category
Can Monoclonal Antibody Prevent Malaria? First Monkeypox Case in a Child Confirmed in Germany Nip Bedsores in the Bud With a Self-monitoring Mattress Dementia Risk and Heart Defects: Are They Related? How to Decipher a Baby's Cry of Pain?
More News
Sign up for Wellness Consult a Doctor Sign up for Selfcare