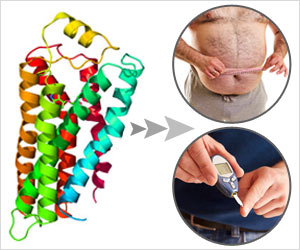 The specific immune system T cells which trigger the destruction of type 1 diabetes in the pancreas have been identified by researchers at the La Jolla Institute for Allergy & Immunology.

The finding is an important advance that verifies in humans several important disease characteristics shown in mouse studies and provides a key focal point for interrupting the disease process.

"This study marks the first time that the presence of beta cell-reactive T cells has been directly proven in pancreas tissues from type 1 diabetes patients," explained Ken Coppieters, Ph.D., first author on the study published online January 2nd in the in the Journal of Experimental Medicine. "Previously, it was only known in plastic dishes or mouse models. What is unique about this study is the use of human tissue."

Globalization and changing lifestyles has made diabetes very common in developing countries so much so that India is known as the Diabetes Capital of the World.
Advertisement
"Mice represent an excellent model for disease, but eventually it is important to confirm in human tissues the things that you learn in mice," said Matthias von Herrath, M.D., a world- renowned type 1 diabetes researcher, who led the scientific team. "The use of this tissue from the nPOD consortium was critical to our ability to prove which T cells are most important in destroying beta cells in humans, which leads to type 1 diabetes, and where these cells are located in the pancreas." The study was published in a paper entitled, "Demonstration of islet-autoreactive CD8 T cells in insulitic lesions from recent onset and long-term type 1 diabetes patients." Dr. von Herrath was senior author.

Previously, the research community had assumed, based on lab and mouse studies, that T cells - the body's soldier-like attack cells -- recognize and react against certain molecular structures on the beta cells and then kill the beta cells. The La Jolla Institute study confirmed this occurrence and showed the T cells location in the islets of the pancreas, which house the beta cells. The team is also is the first to identify the specific T cells -- CD8 -- as being key in the destruction of beta cells. This destruction eventually leads to the beta cell's inability to produce insulin, the hallmark of type 1 diabetes.

Dr. Coppieters, formerly of the La Jolla Institute and now at Ghent University, Belgium, said the study serves to clarify an important step in the type 1 diabetes process in humans. "It points to the CD8 T cells as being one of the most important cells that we should focus on to stop type 1 diabetes progression, once it is already underway."

In addition, the research team identified the places on the beta cells that trigger the T cell attack. T cells come in several different types and, in type 1 diabetes, react against a variety of substances produced within the body.

"Knowing which pieces of the molecules the T cells react against is a crucial prerequisite to design therapies that attempt to restore balance within the immune system," said Dr. Coppieters.

Teodora Staeva, Ph.D., director of JDRF's Immune Therapies Program, called the paper "very important" for the diabetes field. "We are certainly very pleased that nPOD enabled this study through the supply of human tissue," she said. "It is a perfect example of the kind of cutting-edge research that JDRF is proud to support to catalyze major research advances in type 1 diabetes."

She said the findings are the latest of several important papers resulting from collaborations between researchers around the world and nPOD, since the project was launched in 2007. nPOD currently supports over 70 type 1 diabetes-related scientific studies at various institutions.
Source: Eurekalert
Advertisement
Advertisement

Middle ear infection, or otitis media, is a common type of infection that may or may not accompany the ...
This site uses cookies to deliver our services.By using our site, you acknowledge that you have read and understand our Cookie Policy, Privacy Policy, and our Terms of Use  Ok, Got it. Close
×