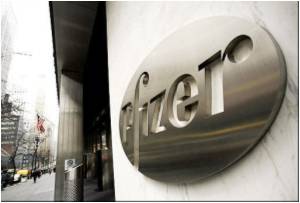 New York based pharmaceutical giant, Pfizer has announced that it has recalled two drugs from the US markets due to mislabeling of the bottles.

According to the statement released by Greenstone, which is the generic arm of Pfizer, around 500 bottles of the depression drug, Citalopram, have been mislabeled as Finasteride, which is used in the treatment of prostatic hyperplasia.

"Bottles labeled as citalopram Lot # FI0510058-A may contain finasteride. Women who are, or may become pregnant, should not take or handle finasteride due to the possible risk of abnormalities to the external genitalia of a developing male fetus", the company stated in a press release.

Encyclopedia section of medindia explains in brief about the treatment for AIDS/HIV
Advertisement
<< Drink Tea Without Milk to Lose Weight
DNA Testing Kit for Prediction of Genetic Diseases in an Un... >>