Peptides That Could Lead to Universal Influenza Vaccine Identified 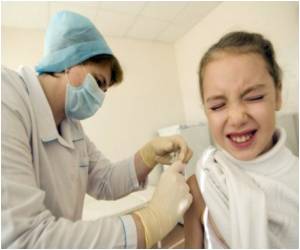 University of Southampton, University of Oxford researchers have discovered a series of peptides found on the intestinal structures of influenza viruses that could pave way for the development of a universal vaccine for influenza.

Influenza, an acute viral infection, affects hundreds of thousands of people a year and puts an enormous strain on healthcare providers globally. The last pandemic flu outbreak in the UK - swine flu - was in 2009 when it claimed 457 lives. While previous pandemics have been more serious, there is a heightened risk of more severe pandemics in the future.

The scientific collaboration used a research method known as "Human Viral Challenge Studies", where healthy volunteers are infected with influenza virus, and their immune responses closely monitored in an isolation unit.


These were important to the research, published online in Nature Medicine, as they allowed the healthy volunteers to be held in "sterile" isolation conditions and ensured they had no existing infections. The volunteers were then "challenged" with influenza virus, with blood samples being taken at regular intervals to observe how their immune systems responded to the viral infection.

Influenza (or rather, the flu) is a cold weather infectious condition that affects the young and old alike. Though most reported cases are mild, the flu can sometimes cause severe and life-threatening complications in both children and adults, thanks to wrong medications and improper vaccinations. Learn more about the disease from our Flu Quiz and guard yourself and your family from a poss
Advertisement
Researchers discovered that the immune systems produced various types of T-cells (part of the immune system that kills both viral particles, and cells infected with viral particles). Notably, the T-cells responded to peptides associated with the internal structures of the influenza viruses.

A vaccine against these peptides would activate the T-cell immune response - which is able to respond much more rapidly than vaccines that activate an antibody response.

Dr Tom Wilkinson, Senior Lecturer in Respiratory Medicine at the University of Southampton, who led the study, says: "Influenza is a virus that we know has a global impact, and the threat of further pandemics is a real one. Most influenza vaccines only protect us against known influenza strains by creating antibodies in the blood but the influenza virus has the ability to rapidly change itself and new strains can emerge which rapidly spread across the globe by escaping this immunity.

"We have found that there is an important role for T-cells that recognise the flu virus, which if harnessed could protect against most or even all strains of seasonal and pandemic flu. Through this discovery we hope to improve vaccines for future strains of influenza; and potentially protect against the next pandemic. However there is more to do to translate these findings into new approaches to treatment."

"Current flu vaccines are very good at producing antibodies against flu, but not so good at generating a lasting immunity involving T-cells,' says Professor Sir Andrew McMichael, Director of the Medical Research Council (MRC) Weatherall Institute of Molecular Medicine at Oxford University. "The big question is: if we had a pandemic involving a much more severe virus than the swine flu we saw, what would we do in the six months it takes to develop an effective vaccine? This study suggests that vaccines stimulating a T-cell response might be an option, but there remains a lot to do to be certain of this approach."

Dr Rob Lambkin Williams, Chief Scientific Officer of Retroscreen, adds, "It is great to see the quality of data produced using the challenge study technique. Knowing that the volunteers were only infected with the viral strains that the research team had introduced takes the guess work out of such research. The immune response observed in these volunteers was as a direct result of the virus to which they had been exposed. This quality of data will have the potential to rapidly speed up the rate that we are able to create a universal vaccine for influenza."

Retroscreen's Chief Executive Officer, Kym Denny said: "Retroscreen is delighted that our scientists and doctors have been able to work so closely with two leading universities. This work significantly expands our understanding of the immune response to influenza infection; this could be key in the fight against a future pandemic."

Finally, Professor John Oxford, President, Scientific Director and founder of Retroscreen and Professor of Virology at St Bartholomew's and the Royal London Hospital, Queen Mary's School of Medicine and Dentistry said: "Dedicated volunteers in our isolation unit have helped us to open a window into why some people get flu and others do not and even better to formulate a new vaccine."

The study was funded by the University of Southampton, the MRC and Retroscreen Virology Limited.

Influenza Vaccines of the Future Described by NIH Experts