People's Perceptions of Drug Cost Affects How Much They Benefit from the Drug, Even If They Receive Placebo 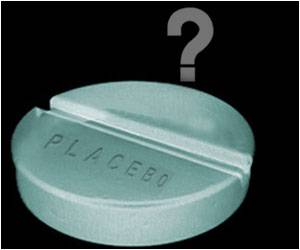 People's perceptions of the cost of a drug may affect how much they benefit from the drug, even when they are receiving only a placebo, according to a new study of people with Parkinson's disease by researchers at the University of Cincinnati in Ohio.

Study author Alberto J. Espay said, "Patients' expectations play an important role in the effectiveness of their treatments, and the placebo effect has been well documented, especially in people with Parkinson's disease. We wanted to see if the people's perceptions of the cost of the drug they received would affect the placebo response."

During the study, 12 people with Parkinson's disease were told that they would receive shots of two formulations of the same drug, with the second shot given after the first shot wore off. The participants were told that the formulations were believed to be of similar effectiveness, but that they differed in manufacturing cost- $100 per dose versus $1,500 per dose, and the study was intended to prove that the drugs, while priced differently, were equally effective. In reality, the participants received only a saline solution for both injections. Before and after each shots, participants were subjected to several tests to measure their motor skills and also had brain scans to measure brain activity.


It was seen when people thought they received the 'expensive' drug shot first, their motor skills improved by 28 percent compared to when they received the 'cheap' drug. On one test of motor skills, people's scores improved by seven points when taking the 'expensive' drug first, but improved by only three points when taking the 'cheap' drug.
Advertisement
After the study, the participants were informed about the true nature of the study. Eight of the participants said they had greater expectations of the 'expensive' drug and were amazed at the extent of the difference brought about by their expectations, while the other four participants said they had no expectation of greater benefits of the more expensive drug, and they also showed little overall changes.

Espay said, "If we can find strategies to harness the placebo response to enhance the benefits of treatments, we could potentially maximize the benefit of treatment while reducing the dosage of drugs needed and possibly reducing side effects. The placebo response may be stronger in people with Parkinson's because the disease decreases the amount of dopamine in the brain and the placebo effect is known to increase the release of brain dopamine. Dopamine affects movement, but it also affects anticipation, motivation and response to new things. People who receive the shots thinking they received a drug may have an expectation of reward response, which is associated with the release of dopamine similar to the response to the reward itself."

The study appears online in 'Neurology', the medical journal of the American Academy of Neurology.

Placebo Response may be Enhanced by Intranasal Application of Hormone
Previous research has shown that the hormone oxytocin may mediate processes such as empathy, trust, ...

Intermittent Montelukast Compared to Placebo in Children Wheeze
A study compared effectiveness of intermittent montelukast with placebo in reducing wheezing ......

Pain Relief Found to be Better With Combination of Placebos and Distractions
Using placebos together with a distraction that would keep a brain engaged in order to provide pain ...