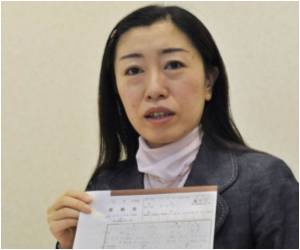 Physicians and many women believe that a pelvic examination should be a part of annual well visits.

But an analysis of the current evidence by the American College of Physicians (ACP) shows that the harms outweigh any demonstrated benefits.

Pelvic Exam Not Required for All Women, Say US Doctors' Group

Pelvic examination done manually by gynecologists using their hands to feel around for potentially cancerous masses is not required for most women, a leading doctors' group said Monday.
Advertisement

ACP's new evidence-based clinical practice guideline, "Screening Pelvic Examination in Adult Women," was published in Annals of Internal Medicine, ACP's flagship journal. ACP's guideline is based on a systematic review of the published literature on human subjects in the English language from 1946 through January 2014.


"Routine pelvic examination has not been shown to benefit asymptomatic, average risk, non-pregnant women. It rarely detects important disease and does not reduce mortality and is associated with discomfort for many women, false positive and negative examinations, and extra cost," said Dr. Linda Humphrey, a co-author of the guideline and a member of ACP's Clinical Practice Guidelines Committee. Dr. Humphrey notes that this guideline does not apply to Pap smear screening, only the pelvic examination.

A standard part of a woman's gynecologic checkup, the pelvic exam, frequently is performed for reasons that are medically unjustified.
Advertisement
ACP states that when screening for cervical cancer, the recommended examination should be limited to visual inspection of the cervix and cervical swabs for cancer and for some women human papillomavirus (HPV), and does not need to include the bimanual examination. ACP found that the diagnostic accuracy of the pelvic examination for detecting gynecologic cancer or infections is low. ACP advises that the pelvic examination is appropriate for women with symptoms such as vaginal discharge, abnormal bleeding, pain, urinary problems, or sexual dysfunction.

ACP's guideline includes High Value Care advice to help doctors and patients understand the benefits, harms, and costs of the pelvic examination so they can pursue care together that improves health, avoids harms, and eliminates wasteful practices.

In an editorial also published in the July 1 issue of Annals of Internal Medicine, Dr. George Sawaya and Dr. Vanessa Jacoby of the Department of Obstetrics, Gynecology and Reproductive Sciences at the University of California, San Francisco write, "The pelvic examination has held a prominent place in women's health for many decades and has come to be more of a ritual than an evidence-based practice...With the current state of evidence, clinicians who continue to offer the examination should at least be cognizant about the uncertainty of its benefits and its potential to cause harm through false-positive testing and the cascade of events it prompts."

Nearly 1 in 5 women are now considering labiaplasty, a 'designer vagina' surgery, that involves reducing labia size so they do not protrude, finds a new Australian research.
Advertisement
<< Study Finds No Link Between Fertility Drugs and Breast, Ova...
Influence of Westernization In Nigeria Spells Danger for Pu... >>