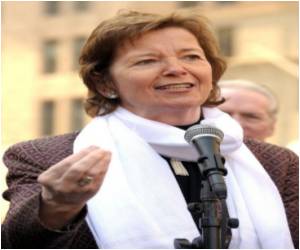 WHO has recommended an intervention developed and tested by partners in four countries and UCL researchers to improve maternal and newborn health.

The intervention involves groups of women working together in a four-stage facilitated process: 1) Identifying problems during pregnancy, delivery, and post-partum; 2) Developing strategies to address these problems; 3) Implementing these strategies; and 4) Evaluating the strategies.

A meta-analysis of research into Participatory Women's Groups was conducted by Dr Audrey Prost and others, largely from UCL's Institute for Global Health, and appeared in The Lancet in May 2013. The researchers analysed data from seven cluster randomized controlled trials in Nepal, India, Bangladesh and Malawi. The analysis found that exposure to women's groups led to a 20 per cent reduction in neonatal mortality.


The researchers also found that in women's group initiatives that achieved high coverage - meaning that at least 30 per cent of pregnant women participated - there was a 49 per cent reduction in maternal mortality, and a 33 per cent reduction in neonatal mortality. With high coverage it was estimated that the deaths of 36,600 women and 283,000 children could be prevented.
Advertisement
In addition, the intervention was judged to be cost effective as measured by WHO standards, expressed as the incremental cost per neonatal death averted and life-year saved.

The World Health Organisation's global recommendation states that, "Implementation of community mobilization through facilitated participatory learning and action cycles with women's groups to improve maternal and newborn health is recommended, particularly in rural settings with low access to services". The WHO is set to disseminate the recommendation to its regional and country offices and key partners.

Dr Audrey Prost welcomed the WHO announcement: "The WHO recommendation acknowledges that creating a forum for women to come together, discuss and address problems that matter for their health and that of their infants can actually save lives. This intervention should be scaled up in areas with the highest maternal and neonatal mortality rates."

The guidelines produced by the WHO state that the recommendation is "strong" for newborn health, meaning that the guideline development group (GDG) is confident that the desirable effects of adherence to the recommendation outweigh the undesirable effects. The GDG emphasized that the intervention can be seen as applying human rights and community participation principles, which are considered to be fundamental components of WHO maternal and newborn health strategies.

The recommendation will be made during the launch of the Every Newborn Action Plan in Johannesburg from 30th June - 1st July. "Every Newborn, an action plan to end preventable deaths", is a core group of partners led by UNICEF and the WHO which seeks to provide a roadmap to save 3 million lives of newborns, women and stillbirths each year.

Maternal and neonatal mortality rates remain high in many low-income and middle income countries, with an estimated 273,465 women dying from complications of pregnancy and childbirth each year. Newborn deaths now account for at least 44 per cent of all deaths among children under age five globally, resulting in 2.9 million deaths annually, according to the WHO.

Afghanistan: Maternal Health Gains Under Threat
There are four midwives in the Afghan town of Baharak today, which is a massive improvement over ......

Asking Women What They Want to Improve Maternal Health
Several questions were asked to women post delivery to determine if the services provided in the ......