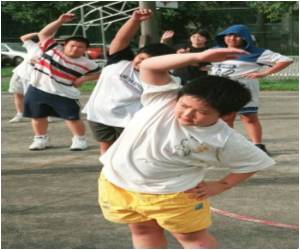 A study has found that parents and schools, which are the two biggest influences on children, may unintentionally contribute to childhood obesity.

Susan Terwilliger, clinical associate professor in the Decker School of Nursing at Binghamton University, had made the observation in her study of the problem.

"As a paediatric nurse practitioner I've taken care of children and their families for about 30 years, and I saw this huge increase in childhood obesity from 5 to 30 percent over about a 10-year period when I was in the school-based health centres," she said.

Obesity is resistant to instant remedies and its management is a long-term endeavor. Here are a few tips to control obesity in children.
Advertisement
But these numbers, all hallmarks of childhood obesity, can be the unintended consequences of rational decisions.

Children who are told by parents to avoid water fountains because of germs may instead drink sweetened juices.

Fear of potential danger can prompt parents to restrict children's play space to a backyard or inside the house.

Schools sometimes trade gym class or recess for academics as they try to raise test scores.

Eating fast food on the way to soccer may seem like a trade-off health wise.

"One of the reasons fast food fits into a hectic schedule is that processed food, with its high fat content, literally slips down easily. And the quicker and easier it is to eat, the more you may consume," Terwilliger pointed out.

She also said that there is a lot of data that says today's kids won't live as long as their parents.

"Heart attack is the number one cause of death and stroke the number three cause, and diabetes and hypertension, both caused by obesity, contribute to both," she added.