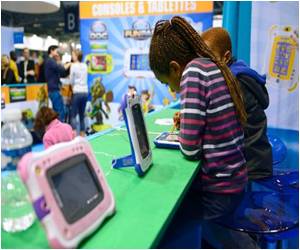 Parents may not have the resources of the National Security Agency, but it's not hard for them to snoop on their smartphone-addicted kids.

A booming array of gadgets are being marketed to harried parents who want to keep tabs on their children, whether they are speeding in Mom's car or texting after hours when they should be asleep.
Advertisement

There are fobs, watches and bracelets with location-sensing capabilities. Smart anklets track the ever-changing moods of babies. There is even a SleepIQ Kids Bed that can tip parents off when kids are up after hours.


Many of these devices -- especially the ones designed to track older children -- are reliant on the smartphones that teens hold so dear, given their location-tracking features.
Advertisement
"Parents want to feel more safe and in control of the situation; its a sort of feel-good thing that parents can do," said Florida Atlantic University criminology professor Sameer Hinduja, co-director of the US Cyberbullying Research Center.

The LG device designed for children lets them make mobile phone calls to pre-programmed numbers by pushing a button, and also taps into GPS capabilities to let parents easily check whether they arrived safely at their expected destination.

GizmoPal can also receive calls, but only from select pre-designated numbers.

"At first she was a little excessive in calling us," Lee said.

"I told her to let me know when she wants to stop wearing it, but she doesn't even like to take it off to let me charge it."

Applications that run in the background on teens' smartphones or tablets can access camera rolls, messages, web browsing activity and more, according to Hinduja.

Software can even capture occasional screen shots of Web pages being viewed.

In some cases, parents can set boundaries, or geo-fences, that will trigger text message or email alerts if children stray into areas that grown-ups have designated off-limits.

"We've heard of parents putting micro-chips in children," said Robert Lowery of the US National Center for Missing and Exploited Children.

"Of course, those things raise eyebrows. We don't advocate that."

Lowery, a former law enforcement officer, credited technology -- including social media sites like Facebook where well-targeted calls for help can spread quickly -- with ramping up the speed at which some missing children are located.

Hinduja however expressed concern that people might be sabotaging themselves with what they think are parenting short-cuts.

"In a perfect world, we want to have great relationships between parents and children so they will talk to parents about what is going on in their lives," Hinduja said.

"If parents are going behind kids' backs with this software, it basically kills any lines of communications that parents have probably worked years to develop."

He recommended that parents wait until older children prove they cannot be trusted before they resort to cyber-snooping technology.

"It feels like hacking life," Hinduja said. "People shouldn't think there is software to make them a better parent, because there isn't."

Lee and Lowery agreed that good parenting trumps technology, which is best viewed as a helpful tool for keeping children safe and fostering communication in families.

"It is about teaching responsibility regardless of the toy or tool."

Kids should "kick and scream if someone tries to grab them," Lowery said. "An electronic device is not going to stop that -- it will just give us a good idea where they are going."

More News on:
Height and Weight-Kids Parental Tips to Raise Your Child Right

Bullying at School - Tips For Parents
Bullying can cause damage at the physical, psychological and emotional levels. Parents play a huge ....

Parents in Spain Will Sign a Declaration Promising Their Daughters Will Not Undergo Female Genital Mutilation
Spain's health ministry approved a new government protocol, which will require parents to sign a ......