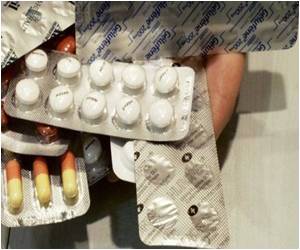 A new study has claimed that opioids are associated with a higher risk of pneumonia in adults aged 65 to 94.

The study conducted by researchers at Group Health Research Institute and the University of Washington (UW), also found that contrary to opioids - a class of medicines commonly given for pain, benzodiazepines - a class of drugs generally given for insomnia and anxiety, did not affect pneumonia risk.

"In animal studies, some opioids-including morphine, codeine, and fentanyl-harm the immune system, which also might contribute to pneumonia," Sascha Dublin, the study leader, said.


Dr Dublin and her research team hypothesized that the risk of pneumonia would be higher in people using opioids or benzodiazepines than in people not using these medications, and would be highest for opioids that suppress the immune system.

The subjects of the study were members of Group Health Cooperative, a non-profit health care system with extensive computerized pharmacy, laboratory, and medical records that were used in the analysis.

She and her colleagues conducted a "case-control study", matching patients who had pneumonia during the study period of 2000 to 2003 (cases) with similar patients who did not have pneumonia (control).

"Benzodiazepines don't seem to be associated with increased risk of pneumonia.

"But our results mean that it is crucial to look more closely at opioid prescriptions and infections," she added.

The study has been e-published in advance of publication in the Journal of the American Geriatrics Society.

Man Arrested Over Painkiller Sabotage
British police say that they have arrested a man from south London on suspicion of sabotaging packets of Nurofen Plus painkillers with anti-psychotic and epilepsy drugs.
READ MORE

Top 15 Natural Painkillers
Natural painkillers, such as herbs and spices can relieve pain too. They can be as potent and effective as prescription drugs without unwanted side effects.
READ MORE