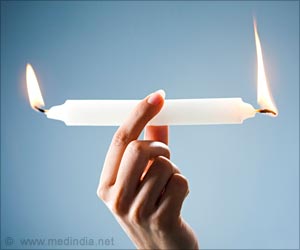 More than one million followers are expected to take part in the celebrations of the 100th anniversary of a Philippine Christian church that is known its discipline, money and political power.

The Iglesia ni Cristo (Church of Christ) members will congregate at a giant complex especially built for the occasion near Manila, in an event that will showcase the religion's stunning success at home and abroad.

Discovery Of Life In Outer Space Will Not Kill World Religions

A survey has suggested that the world's religions would survive the discovery of extraterrestrial (ET) life, and not collapse out of shaken beliefs.
Advertisement

"The pace of the spread of Iglesia... has exploded," church spokesman Edwil Zabala told AFP during a tour of the "City of Victory" complex, which includes a 55,000-seat indoor stadium, to promote the centenary.


The Roman Catholic Church has for centuries been the dominant religious force in the Philippines, a former Spanish colony.

About 80 percent of the nation's 100 million people are Catholic, but there is a plethora of home-grown Christian movements, the highest-profile and strongest being INC, as Iglesia ni Cristo is known locally.

Brain interactions were different between religious and non-religious subjects, find a team of researchers.
Advertisement
INC was established in 1914 in Manila by Felix Manalo, a charismatic man who was raised a Catholic, became a Protestant preacher then founded his own religion in which he proclaimed himself the last messenger of God.

Today its unique cathedrals topped by soaring spires can be seen in most cities and villages across the Philippines, while its missionary work has created congregations in more than 100 other countries.

The INC is at odds with the Catholic Church on many fundamental issues of doctrine, and numerous outsiders perceive it as a much more conservative brand of Christianity.

INC's teachings are based on a rigid following of the Bible, and the church insists only its members qualify for salvation.

Men and women must be separated in church for services, and they are only allowed to date or marry fellow INC members. Once married, they can never separate.

Christmas and many Catholic fiestas that are hugely popular in the Philippines are not celebrated by INC members.

INC also has a reputation for carrying out much more intense missionary work than the Catholic Church.

"One has to respect how much more aggressive the INC is in expanding and sustaining itself," Louie Checa Montemar, a political science lecturer at Catholic De La Salle University in Manila, told AFP.

The INC typically creates the biggest headlines in the Philippines when it flexes its considerable financial and political muscle.

Its political strength is built upon a ruling that all members must vote in national elections according to the verdict of the church's leader.

INC refuses to disclose how many members it has -- although local media estimate it to be well above two million, giving it a powerful bloc vote that ensures politicians pay them close attention.

"They have a preponderant influence on the government itself and on politics relative to their size," Ramon Casiple, head of the Manila-based think tank Institute for Political and Electoral Reform, told AFP.

"Nobody wants to go against the Iglesia... in a close (election) fight."

And while INC does not officially demand tithings, its policy of encouraging members to donate significant portions of their incomes to the church has undeniably paid rich dividends.

The new arena on Manila's northern outskirts that will be the focal point of Sunday's celebrations cost $175 million.

Like every other church and INC building, it was completely financed by the "offerings of the brethren", according to spokesman Zabala.

Its ability to mass its people is also stunning, with prayer rallies and evangelical missions in Manila regularly drawing hundreds of thousands of people over recent years.

INC officials said they were preparing to welcome more than one million followers for church services led by INC leader Eduardo Manalo, the founder's grandson, on Sunday.

Joyse Camit, a 49-year-old Manila office worker, will be among those celebrating this weekend. She was converted from Catholicism as a teenager along with the rest of her family after two years of INC home visits.

"I love the discipline, and the idea of leading your life based solely on the Bible's teachings," Camit said.

Find a Doctor Noscaphene (Noscapine) Blood Pressure Calculator Indian Medical Journals A-Z Drug Brands in India Sinopril (2mg) (Lacidipine) The Essence of Yoga Sanatogen Hearing Loss Calculator Vent Forte (Theophylline)
This site uses cookies to deliver our services. By using our site, you acknowledge that you have read and understand our Cookie Policy, Privacy Policy, and our Terms of Use