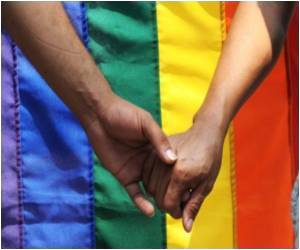 Rio de Janeiro's first gay civil marriages saw over 130 couples tying the knot in a mass wedding at the Superior Court of Justice.

In mid-May, Brazilian courts determined that public offices that oversee marriages cannot reject gay couples, even though Brazil's national congress has passed no law on the matter.

Some public offices had already been accepting marriage applications from homosexual couples, while others denied them.


An emotional Viviane Soares Lessa de Faria, 38, smiled at her partner and told news site G1 "I've dreamed of marrying her since I met her."

Her wife's 29-year-old son was the couple's best man.
Advertisement
For Giuseppe Laricchia, 21, marrying his boyfriend was about guaranteeing rights.

"We need to have equality compared with heterosexual couples," he said.

Civil unions between gay couples were recognized two years ago by the Supreme Court, which granted gay spouses the same rights as heterosexual spouses.