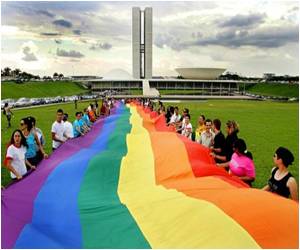 Preliminary results of a controversial referendum indicate that Croatians have backed amendments to the country's constitution that would outlaw same-sex marriage.

A total of 64.84 percent of voters said "yes" to the question of whether they wanted to amend the constitution to include a definition of marriage as a "union between a woman and a man", showed partial results from around one-third of polling stations released by the electoral commission.

In Hawaii, lawmakers became the latest to vote to legalize same-sex marriage, making the mid-Pacific US state likely the 15th to allow gay weddings, possibly as early as this month.
Advertisement

With the 2013 Miss Universe contest set to be held in Russia, the pageant's host, Thomas Roberts who is openly gay, has criticized the recent legislation signed by the Russian government.
Advertisement
<< Settlement Reached in Thalidomide Class Action in Australia
Biomedical Sensors to Keep Astronauts Fit in Space on the A... >>

Croatia to Hold Referendum on Gay Marriage in December