Over 1000 New Covid Cases in Kerala 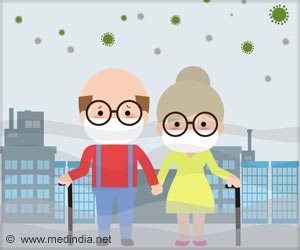 Kerala continued to have more than 1,000 Covid cases for another day, with 1,083 new infections.

The total number of active cases in the state has reached 11,540, while 16,303 have so far recovered from the disease, said a statement issued from the office of State Health Minister K.K. Shailaja.

As on the previous days, Tuesday again saw a high of 902 new cases from local infectees. Perhaps that could be one reason why Chief Minister Pinarayi Vijayan, who used to appear in person to announce the daily tally, is now ducking the media more often.


‘The total number of active coronavirus cases in the state has reached 11,540, while 16,303 have so far recovered from the disease’


Vijayan has come under attack from the opposition Congress and the BJP for playing to the gallery by taking credit for the Kerala model of tackling the Covid pandemic.

These parties are taking pot shots at Vijayan for his 'loaded' statement of flattening the curve and for the Kerala model in tackling the Covid spread.

What is causing concern is the state capital district continuing to have more clusters and of recording the maximum number of positive cases.

In a letter to Vijayan, Leader of Opposition Ramesh Chennithala on Tuesday flayed him for blaming the spread of Covid in the state on the Opposition.

"Vijayan you are primarily responsible for this mess as you announced victory over Covid even before the war began. In essence it was like you taking the cup in a marathon race after coming first in the 100 metres. Your over confidence of having defeated Covid sent a wrong message to the ordinary people, who thought what you said is true and this is what has caused this sudden spike," said Chennithala in his open letter to Vijayan.

There are currently 1,45,062 people in isolation at homes and in corona care centres including 10,992 people in various hospitals across the state. There are 509 hot spots in Kerala.