Call it intuition or sixth sense that prompted this humane teenager, Samagna, to voice her opinion about organ donation and inspire her family to pledge for organ donation, some months back. Little did she know that just a few months later, her organs would breathe life into seven seriously-ill patients.

Samagna was no ordinary teenager. Apart from aspiring to become a doctor to save lives of patients, she was a deep thinker of human values. She would always speak about medical ethics and about the importance of contentment in life. Samagna was certainly way beyond her age in her ideals. 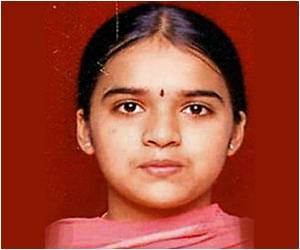 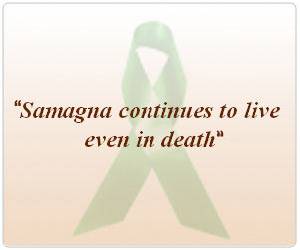 She was a bright student, studying second year at the Osmania Medical College,in Hyderabad.


Uncannily, this teenager breathed her last on Friday, Sept 17th.

Samagna complained of extreme headache on September 14. Later she also had vomiting. Her health did not improve despite several consultations with doctors and medication. When her condition worsened, she was rushed to Kamineni Hospital where she was put on ventilator. Doctors declared her "brain dead"on Friday.
Advertisement
Her family fulfilled her last wish of organ donation.  Her organs - heart valves, kidneys, eyes and liver were transplanted into seven patients, for whom it was most certainly re-birth.

According to MOHAN Foundation's CEO, K. Raghuram , Samagna had asked everyone in the family to pledge for organ donation just a couple of months ago.

Samagna's mother Uma shanker, said she was an extremely  talented child , obedient and well-behaved. She made her family proud after she was adjudged "the best outgoing student from Johnson Grammar School". She had also performed well in EAMCET with a rank of 348.   "I don't think we will ever find a child like her. I am a proud mother," Uma Shanker said.

A heartrending story indeed, but it also speaks of service to human kind of the highest order. Though she is gone from this world, Samagna's life is beating in seven people, who owe their re-birth to the service of organ donation by an unassuming teenager.

Organ Donation - The 'Ultimate' Gift
Organ donation, considered the highest form of human service, allows the opportunity to give life .....

Donate Organs and Save Lives is Theme of Organ O'Cultural Fest in Chennai
To Donate organs and save lives was the reforming message driven home to society at the Organ O' ......

Organ Rejection Possibility May End With Killer White Blood Cells
Scientists have discovered that a type of killer white blood cell in the body could make organ ....