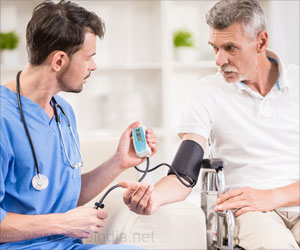 Falls are a leading cause of injury and death in older adults. However, evidence for a link between opioid use and falls is inconsistent.

The study included data on 67 929 patients aged 65 and older who were admitted for injury to one of 57 trauma centres in the province of Quebec. The mean age of patients was 81 years, and the majority -- 69% -- were women. Falls were the most common cause of injury (92% of patients), and more than half (59%) had surgery for their injuries, with lengthy hospital stays (median stay of 12 days).


Researchers looked at opioid prescriptions in the preceding 2 weeks before injury and found that the patients who had filled an opioid prescription during this period were 2.4 times more likely to have had a fall causing injury. Patients whose falls were linked to opioid use were also more likely to die during their hospital stay.
Advertisement
"This study confirms an association between recent opioid use and fall-related injury in a large trauma population of older adults," writes Dr. Raoul Daoust, Hôpital du Sacré-Cur de Montréal and the Université de Montréal, Montreal, Quebec, with coauthors. "Physicians should be aware that prescribing opioids to older patients is not only associated with an increased risk of falls, but also, if these patients do fall, a higher in-hospital mortality rate," conclude the authors.

"Recent opioid use and fall-related injury among older patients with trauma" is published April 23, 2018.

Painkiller Addiction
Painkiller addiction is the use of prescription painkillers in a way not meant by the prescribing .....

Prescription Drug Abuse
Prescription drug abuse is consuming prescription medications in a way different from that as ......

Multiple Drugs Acting on Brain can Increase Risks of Falls in Elderly
The number of doctor visits by elderly who have been taking three or more medications that act on .....