A pilot project to generate electricity from onion juice has proved eminently successful in California.
Steve Gill, a veteran onion farmer, is able to use the juice to run his refrigerators and lighting. That's slicing $700,000 annually off the electric bill at his 14-acre plant in Oxnard. He's also saving $400,000 a year on disposal costs. And he has secured more than $3 million in government and power company incentives to do it.

Gill figures the $9.5-million system will pay for itself in less than six years while eliminating up to 30,000 tons of carbon dioxide-equivalent emissions a year.  "It's a great sustainability story, but it was first a business decision to solve a waste problem," said Gill, 59, who co-owns the company with his brother David. "But in doing so, we solved a lot of environmental problems too."


The system at Gills Onions, which has just been unveiled to the public, converts methane from fermented onion juice into energy burned in two on-site fuel cells.


The company has farms throughout California that send onions year-round to the Oxnard plant, where they are skinned, diced, sliced or packaged whole in a numbingly frigid facility by 400 employees. The vegetables are then shipped all over the country to wholesalers and retailers such as Ralphs.

Machines slice off about 40% of each onion. That leaves 150 tons of waste a day. For years, the Gills spread these leavings as fertilizer over their fields or sold them as cattle feed. But the refuse was expensive to handle, and it posed a hazard to the atmosphere and groundwater.

So the brothers decided to turn it into energy instead.

Machines extract about 30,000 gallons of onion juice that is then sent to a 145,000-gallon holding tank kept at a toasty 95 degrees. Inside, bacteria purchased from an Anheuser-Busch beer brewery produce methane gas by feasting on the carbohydrates in the fermenting juice.

"It's like a big stomach," said project manager Bill Deaton.

The gas is purified, dehumidified and compressed, then burned in the fuel cells at temperatures that exceed 1,000 degrees. The 600-kilowatt system produces enough power to operate the plant's refrigeration units and lighting.

The Gills are also looking into installing a battery at the plant that can store excess electricity from the fuel cells. Reserve energy could be used during peak hours in the summer, when electricity is more expensive.

"I didn't want to depend on anyone taking my waste for me," Gill said. "It was my problem, and I had to solve it. It's a relief to find a solution."
Increasingly U.S. companies generate their own electricity on site with waste from their production processes. In addition to plant material, firms are using a variety of feedstocks, including animal manure, vegetable oil, whey -- even beer.

The massive upfront costs limit the appeal of these so-called closed-loop systems. But volatile energy prices and the rising cost of waste disposal are compelling more firms to take a look.

Farmers and processors in California's $37-billion agricultural industry in particular are looking for ways to save money and reduce their environmental footprint, said Sonia Salas, science and technology manager for the Western Growers Assn.

"Many growers want technology that helps them handle waste," she said. "This is a concept that other operations can definitely use."

Producing biofuel for a single company's closed-loop system is one thing, but integrating the energy into the public grid is still a prohibitively expensive and difficult endeavor, Tiffany Hsu wrote in Los Angeles Times.

As a result, companies would have to sink funds into cleaning the biogas and then invest in a pipeline or other delivery system to hook the fuel into the national pool.

And even large companies would struggle to produce enough fuel to make a significant contribution.

The drawbacks make many experts skeptical of the large-scale potential of any biogas.

"There's no silver bullet," McCracken said. "The technology isn't quite there.

Meanwhile, Gills Onions is keeping its eco-friendly aspirations close to home. Gill hopes to turn the plant into a zero-waste facility by revamping packaging and by recycling employees' lunch leftovers.

The company even cleans its own wastewater and funnels it into a cooling tower.

"We consider this a long-term investment for the company," Gill said.

Global Warming Disaster Closer Than Thought, Says NASA
A new study released by the NASA warns that disasters arising from global warming could be nearer than anticipated.
READ MORE 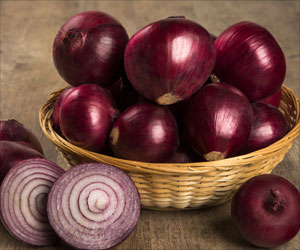