Oldest Man in the World Passes Away at 112 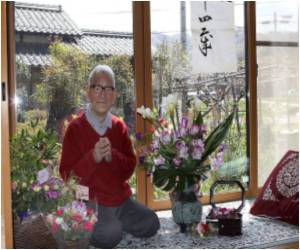 Salustiano Sanchez-Blazquez, oldest man in the world, breathed his last at the age of 112, at a nursing home in New York.

According to The Courier Mail, born June 8, 1901, in the Spanish village of El Tejado de Bejar, he was known for his talent on the dulzaina, a double-reed wind instrument that he taught himself and played at weddings and village celebrations.

At 17, he moved with his older brother Pedro and a group of friends to Cuba, where they worked in the cane fields, the report said.


In 1920, he came to the United States through Ellis Island and worked in the coalmines of Lynch, Kentucky, the report added.