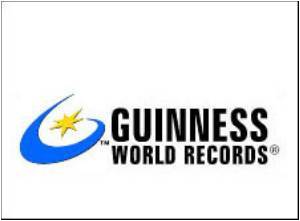 The world's oldest man, Japanese citizen Jiroemon Kimura, turned 114 on Tuesday, celebrating the day away from the public spotlight with his family near Kyoto.

"It is a great honour, and words alone cannot describe my feelings," Kimura told city officials in Kyotango, Kyoto prefecture, who congratulated him. "I take it as a sign from heaven and am deeply moved."

A landless farm laborer in Haryana became the oldest father at the age of 94 years, following the birth of his son last month
Advertisement

Kimura said he had not heard about the massive earthquake and tsunami that devastated Japan's northeast coast on March 11, calling it a "horrendous event".


"As it's a natural phenomenon, human beings can't really do anything about it," he added.

Kimura was born on April 19, 1897 and worked at a post office for about 40 years before turning to farming after his retirement, continuing until the age of 90.

Kimura now spends most of the day in bed except when he eats three times a day, the city quoted Eiko Kimura, the wife of one of his grandchildren, as saying.

He has a good appetite and is particularly fond of red bean cake and rice.

According to the Los Angeles-based Gerontology Research Group, Kimura is the world's oldest man since Walter Bruening, a retired railworker, died of natural causes last Thursday in the US state of Montana at the age of 114.

The Essence of Yoga Diaphragmatic Hernia Noscaphene (Noscapine) Accident and Trauma Care Blood - Sugar Chart Find a Hospital A-Z Drug Brands in India Nutam (400mg) (Piracetam) How to Reduce School Bag Weight - Simple Tips Daily Calorie Requirements
This site uses cookies to deliver our services.By using our site, you acknowledge that you have read and understand our Cookie Policy, Privacy Policy, and our Terms of Use  Ok, Got it. Close
×