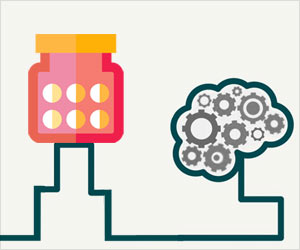 Older adults are often prescribed drugs that have higher anticholinergic properties, which can lead to dementia, cognitive impairment, falls, and even death, reveals a new study.

Anticholinergic medications block the neurotransmitter acetylcholine, which is part of the nervous system and plays a role in involuntary muscle contractions. These drugs are often prescribed for urinary, respiratory and gastrointestinal disorders. They're also often used to treat depression.

Advertisement
‘Physicians need to stop prescribing drugs that have the high anticholinergic agent, as there are safer alternatives available.’

Yet, relatively little is known about prescribing trends of high-risk anticholinergic medications in the United States of America.


Researchers in the University of Minnesota College of Pharmacy conducted a repeated cross-sectional analysis of the 2006-2015 National Ambulatory Medical Care Survey to understand more.
Advertisement
They found that physicians' prescribing behavior remained stable over time, and these drugs were prescribed in about six percent of visits over a ten-year period. The findings were recently published in the Journal of the American Geriatrics Society.

"High-risk anticholinergic prescribing should be avoided because there are safer alternative medications for older adults," said the lead study author, Greg Rhee, Ph.D., M.S.W., adjunct assistant professor in the College of Pharmacy.

"Older adults are vulnerable to these medications due in part to physiological changes as they age. In general, older adults have a higher likelihood of developing adverse drug events from taking multiple medications," Rhee said.

They found: The research team acknowledged the study had limitations. The survey does not include emergency department or hospital visits. Therefore, the study results may actually underestimate the full impact.

Rhee noted that the prevalence of high-risk anticholinergic prescriptions was stable over time, but varied by physician specialty and drug class. He recommends increasing awareness of potential adverse effects and encouraging providers to prescribe less-risky medications.

Anticholinergic Drugs Do Not Increase Risk for Dementia in Parkinson's Patients
Recent evidence has shown a greater risk of dementia, in particular Alzheimer's disease (AD), in ......

Anticholinergic Drugs Could Delay the Recovery of Brain Injury Patients
The average length of hospital stay was longer in patients with a higher level of anticholinergic .....

Anticholinergic Inhaler Medicines Risky for COPD Patients
Opting for anticholinergic inhaler medicines could prove to be risky for patients with Chronic ......