Older Adults may Benefit by Being a Little Overweight 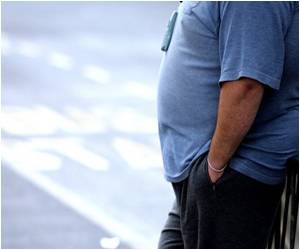 New research seems to suggest that begin a little overweight may be good for adults in their 50s and this may add to their longevity provided they do not become grossly overweight.

A recent insight has revealed that adults in their 50s had a better chance to survive in the next 16 years if they were slightly overweight. The key point here is not to pile on extra pounds.

The risk factor of early death was found to be high for those in their 50s and who continued to gain weight. Statistics shows that 7.2 percent of deaths after the age of 51 can be attributed to weight gain among obese people.


"Our other research suggests that the negative effect of obesity on health is greater for young people than it is for older people, so young people especially shouldn't think that being overweight is harmless," lead researcher Hui Zheng, an assistant professor of sociology at The Ohio State University, said.
Advertisement
During the study a variety of demographic and socioeconomic factors were also considered. The study also took into account habits such as smoking and the presence of chronic illness.

Researchers found that being slightly overweight may have protective benefits for illnesses and disease come as people catch up with age. Being a little extra overweight may offer protection against nutritional and energy deficiencies as well as guard against loss of muscle and bone density.

Source: Medindia
Advertisement
<< Are You a Trendsetter? Now, All About You in a Coffee Cup
Student Indulges in Competitive Eating to Pay for Tuition F... >>

More News on:
Ideal Body Weight Battle of the Bulge