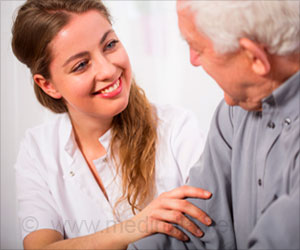 The implementation of the Affordable Care Act improved health care access and utilization among Latinos, finds a new study, although some persistent disparities do remain years later.

The authors of the study, released amidst serious discussions in Congress on repealing and replacing the Affordable Care Act (ACA or Obamacare), believe an effective way to combat remaining disparities is to expand the law, especially to those excluded from it -- such as those who recently obtained a green card or undocumented immigrants.

House Speaker Paul Ryan said Republicans will move to strip all federal funding for Planned Parenthood as part of the process to dismantle Obamacare.
Advertisement
‘As rollbacks and repeals to the Affordable Care Act are contemplated, the public and policymakers must consider other options to improve population health.’

"The uninsured rate has dropped by more than half for Latinos," said Alex Ortega, PhD, professor in Drexel University's Dornsife School of Public Health and senior author of the study. "We should continue to improve communication and outreach regarding the benefits of the legislation and improve messaging to groups that are hard to reach or enroll. The government should not be changing the ACA right when people are using it and enrolling."


Ortega's former trainee at UCLA, Héctor Alcalá, PhD, (now at the University of Virginia), led the study that put a microscope on the ACA's impact on specific Latino heritage groups, who historically have had poorer access to and utilization of health care than non-Latino whites.

UnitedHealth Group said that it would pull back from participation in the Obama administration's signature health care reforms because it lost money on the program.
Advertisement
Alcalá, Ortega and their research team investigated the impact by accessing data from the National Health Interview Survey from the years 2011 through 2015, a period that started with the implementation of some of the ACA's provisions. Although they found that all groups (including non-Latino whites) experienced increases in the percentage of those insured, utilization and access to health care fluctuated from group to group.

"While there were positive increases in most Latino heritage groups right after the ACA implementation, we observed some negatives in more recent years, such as some groups displaying increases in forgoing or delaying medical care," explained Alcalá, who served as the first author on the study, which was published in the Journal of American Board of Family Medicine.

For example, between 2011 and 2015, Alcalá and Ortega's team found that Puerto Ricans and Mexicans displayed a sizable decrease in delay of seeking necessary medical care (around half for each). Meanwhile, Cubans and Central Americans both continued to display a high rate of delaying necessary care (22 percent more likely and 10 percent more likely than non-Latino whites, respectively), with fluctuations down and up occurring.

When it came to completely forgoing care, Cubans showed a sharp improvement between 2013 and 2014 (52 percent reduction), but trended back toward disparity in 2015 (27 percent increase after all ACA provisions were implemented). Central Americans also showed a decline in forgoing care in the period right after early provisions of the Affordable Care Act were put into place (47 percent decline from 2011 to 2013), but have since trended backward.

Persistent disparities in access to and utilization of health care were found between non-citizens, naturalized citizens and U.S.-born citizens. Non-citizens and naturalized individuals saw no gains after all provisions of the Affordable Care Act were implemented, according to the study's findings.

Such deficiencies could result from undocumented immigrants not being eligible for benefits through the Affordable Care Act and lawful permanent residents (who are not citizens) needing to have a green card for five years before getting coverage through the health law's expansion of Medicaid.

"If a recent permanent resident is earning very little money and not allowed into Medicaid, they may face a problem paying for premiums and the cost-sharing that is required even in subsidized premiums and cost-sharing," Ortega explained.

"The picture is less clear when it comes to language," Ortega said. "Because our measure did not assess language proficiency, it is possible that disparities did decrease by language proficiency and we were not able to observe this phenomenon completely."

Alcalá called large-scale reforms like the Affordable Care Act "critical" for improving the United States' overall population health. But there are other factors that could be targeted that might reduce health disparities.

"Legislation not targeting the health care system directly, but things like social security, environmental regulations, minimum wage, occupational safety and taxation policy, has an impact," Alcalá said. "As rollbacks and repeals to the ACA are contemplated, the public and policymakers must consider other options to improve population health."