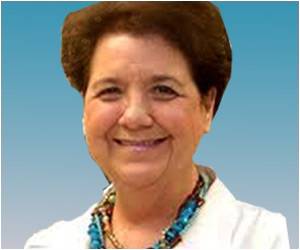 Norma Salahshour celebrates her 50th year of nursing career at The Methodist Hospital. Although The Methodist Hospital and nursing itself have evolved radically over the years, Salahshour just finds the same inspiration to come to work today as she did five decades ago. It all starts in your heart, she explains. I have always been interested in helping people.

Fifty years as a nurse is incredible enough, but five decades working at the same hospital is an even greater achievement. Being a colleague of Norma's has been one of the most significant gifts I've had in my career as a nurse, says Ann Scanlon McGinity, Ph.D., R.N., Chief Nursing Executive for The Methodist Hospital.

Nursing Home Care was initiated with the noble intention of looking after people who needed constant care and medical attention in a safe and clean environment.
Advertisement

Norma is a wise, compassionate and knowledgeable woman who has continuously influenced our nursing organization on its journey towards excellence she is the spirit and heart of what we all aspire to be as leaders of nurses.


Norma Salahshour, R.N., has been a nursing administrator virtually all of her time at The Methodist Hospital. A native of Nederland, Texas, Norma came to Houston in 1961 to seek work as a nurse in the Texas Medical Center.

The use of PDA in nursing care, and its various valuable digital tools.
Advertisement
At that time a female only had a few choices if she wanted to work, she says. You could become a secretary or a teacher, or if you wanted to go to school for it, you could become a nurse.

She was inspired to become a nurse by a childhood friend, who in first grade asked Norma if the two could become nurses together. That stayed with me all of my life, she says. My friend did indeed go into nursing, and I did too.

Upon graduation from Beaumont's Baptist Hospital/Lamar College nursing program, Norma and two of her fellow graduates sought out the best-paying nursing jobs they could find. The search led them to Houston, and to The Methodist Hospital.After working as a staff nurse for two years, Norma was promoted to head nurse of Methodist's cancer treatment unit in 1963.

Today she remains the nursing director of Methodist's Main 8 Northwest cancer unit, one of the top hospital departments for patient satisfaction and quality care.

I just believe that everyone who comes to this floor deserves the best care that we can give them, she explains.

One wall of the Main 8 NW nursing unit is filled with framed photographs, plaques and other keepsakes from the families of patients who were treated on Norma's floor. One day recently, a man appeared in Salahshour's office doorway he was the husband of a cancer patient who was treated there and died 17 years ago.

I don't know really why they come back, I think they remember the nurses and the care they received, even if the outcome wasn't what they wanted, Salahshour reflects. We make a very deep personal connection with our patients.

With Salahshour's blessing, staff members have occasionally organized special parties or events for patients who have grown close to the nurses. Salahshour is often involved in getting members of the Houston Astros and the Houston Texans on her floor to visit patients.

We had a patient here a few years ago, and we were able to get a couple of the Astros to visit because he was a big baseball fan, Salahshour recalls. When the players were in his room, the patient began to cry because he was so pleasantly surprised. He died about a week later, and I am really glad we were able to create such a happy moment for him.

The nurses and other staff on Salahshour's unit are inspired by their director, and they reflect her deep compassion and professional excellence. Many of the staff on Main 8 have worked under Norma for many years - Melva Perdido, a nursing manager who has worked with Salahshour for 25 years, will be honored this year for a total of 45 years of service.

Salahshour says she never considered seeking another job for a more prestigious position or more money. Like any job there have been ups and downs, but I know that I could never come up with a good reason to leave Methodist, she explains. I don't feel that I have made any sacrifices, I feel the same today as I did when I started in 1961: this is the place where I can do my best.

I really have the best of two different worlds: as a nurse I enjoy visiting with patients and families, and as a director I can make sure their care is what it should be, Salahshour says.

Half a century at work is a great vantage point to witness change, and Salahshour has certainly seen the role of nurses evolve over the years. Nurses have become more accountable and responsible for patients care, and physicians depend more than ever on nurses for patient care, she says. Nurses also have more opportunities today, to move into administration and education. Nurses today also get involved in the addition and use of technology, and have an important say when units are being built or renovated.

Salahshour was involved in the creation of Methodist's Bone Marrow Transplant Unit, which is now housed on the same floor as her unit. In the late 1970s, Salahshour also wrote a proposal for a novel use for two four-bed wards on her 30-bed nursing unit.I suggested we use the space and beds in those two wards as an outpatient unit, she says. It was Methodist's first dedicated space for outpatients.

What keeps Salahshour at Methodist?

I've never really wanted to work any place else, she says.

She won't say when she plans to retire, but Salahshour admits that it will happen only when it feels right to her. "Every day we come into contact with patients who are at the end of their lives, and they are maybe regretting some aspects of their lives," Salahshour says. That has taught me to appreciate my blessings, and the people who are in my life. So I know when I am ready to retire, it will be to go forward and enjoy all of these things that I can enjoy while I can.

But Salahshour's love of nursing and her work at Methodist keep her energized, even after five decades.

All of the people I've worked with, and still work with each day, are like a second family to me, Salahshour says. Believe it or not, I still enjoy getting up and coming to work every day.