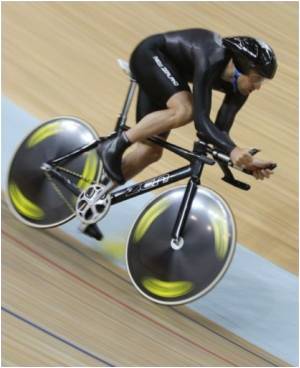 A scientist at University of New Hampshire (UNH) has converted a three-minute all-out cycling test to a fitness tool which is as good as lab-intensive measurements to evaluate exercise intensity.

New research from exercise scientists at UNH has found that effective training regimens, which generally are created after expensive, time-consuming laboratory tests, can be developed from a relatively simple, do-it-yourself test.

"A power meter measures how much power you are getting from your body to the road," independent of external conditions like hills, wind, or even what you had for lunch, he added.

Francis and his advisor, assistant professor Dain LaRoche, wondered if this increasingly common piece of equipment could be used to establish individualized exercise intensity domains - training zones that range from moderate to severe - that were as accurate as those established with complex laboratory testing.

Francis used a three-minute all-out cycling test - "you just push and push and push and never let up" - which had previously shown to yield, in the last 30 seconds of the test, a power level that a cyclist can sustain for 20 to 30 minutes.

He replaced the expensive and problematic laboratory equipment used in the original three-minute test with the cyclist's own bicycle, fitted with a power meter and used with a stationary trainer.

The power-meter and laboratory-based results correlated.

"You can go out with your own power meter and, for free, in just three minutes, you can do what would cost you 250 dollars and take over an hour in the lab," says LaRoche.

With this data, a cyclist can develop a range of individualized training zones that a coach will use to prescribe a particular workout, said a co-author of the study.

The study, which was Francis's master's thesis, is published in the September 2010 issue of Medicine n Science in Sports and Exercise, the premier journal in the field.

The Right Stress Test Does the Magic
The appropriate stress test maximizes the sensitivity and specificity though a lot of stress tests are available to help assess coronary disease.
READ MORE