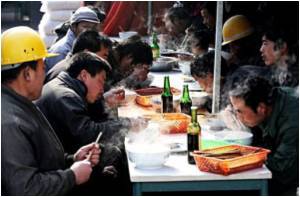 The drug - riociguat - is a guanylate cyclase stimulator that works independently and in concert with endogenous nitric oxide to induce vasodilation.


"The pivotal study, CHEST-1, showed significant improvements in exercise capacity and hemodynamics in patients treated with riociguat," said principal investigator Marius Hoeper, MD, of the Hannover Medical School (Germany). "However, the study was relatively short, and CHEST-2 adds important information on the long-term tolerability and efficacy of riociguat in patients with CTEPH."
Advertisement
CTEPH is a relatively rare disease; about 5000 people in the U.S. are diagnosed with the disease each year. It occurs when blood clots from previous episodes of acute pulmonary embolism do not resolve, causing persistent obstruction of the pulmonary vasculature, which may ultimately lead to pulmonary hypertension.

A surgical procedure called pulmonary endarterectomy (PEA) is the treatment of choice for operable patients with CTEPH. However, not all patients are candidates for PEA, a long and complex operation, and 20 to 30% of those who undergo the surgery are not cured. Thus, there is an urgent medical need to develop effective drugs for patients with inoperable CTEPH or persistent pulmonary hypertension after PEA.

Both groups of patients were part of the CHEST studies. In CHEST-2, 172 patients (73%) had inoperable CTEPH and 65 (27%) had persistent/recurrent PH after PEA. Unlike in CHEST-1, which had a placebo arm, in the extension trial all patients received riociguat.

The primary endpoint of CHEST-2 was safety and tolerability, which riociguat met. The drug was well tolerated by the majority of patients: 4% of inoperable patients and 2% of persistent/recurrent patients withdrew due to adverse events.

The researchers presenting at ATS 2014 also reported data related to the secondary endpoints: change in 6MWD and World Health Organization Functional Class, a means of classifying disease severity in patients with pulmonary hypertension (PHJ).Compared to the baseline established with CHEST-1, after one year of CHEST-2, 6MWD improved by 54±62 m in the inoperable subgroup and 44±64 m in the persistent/recurrent subgroup.

Similarly, when compared to the CHEST-1 baseline, at the first year mark of CHEST-2, the percentage of inoperable patients who improved in WHO FC was 46%. Those stabilized represented 50%. And those whose function worsened was 5%. The comparable percentages for the persistent/recurrent patients were 47, 49, and 0.

Based on the data from CHEST-1 and CHEST-2, Hoeper noted, riociguat was recently approved in the U.S., Canada, Europe and Japan for patients with inoperable or recurrent CTEPH, closing an important therapeutic gap for these patients.

Patients Who Play Online Games About Hypertension Have Better Blood Pressure Control
Engaging in an online game to solve clinical cases about hypertension is thought to improve blood .....

Advanced Pulmonary Hypertension Prevalent in Poorer Patients
A new study has found that patients from lower socioeconomic groups could have more advanced ......

Wockhardt Recalls 100,000 Bottles of Hypertension Drug in US
More than 1 lakh bottles of its hypertension drug metoprolol has been recalled from the US market .....