Nothing New With US Workers Road Rage During Their Habitual Commutes 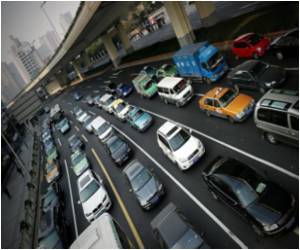 Over half of American workers have acknowledged feeling road rage while travelling to and from the office, reveals a survey.

Some situations have even escalated far beyond angry shouts and obscene gestures.

If you find your self getting mad and cursing under your breath while driving, you are a victim of road rage.
Advertisement

The study carried out by CareerBuilder revealed that while 58 percent of commuters faced some or the other sort of unpleasant situation on road, nearly one in 10 workers have gotten into a fight with another driver during their commute.


It was also found that workers, who were aged 25 to 34, are most likely to get hot under the collar while behind the wheel during their commute.

A motorist was shot dead by another on a San Francisco highway, as his two sons watched horrified. An instance of road rage.
Advertisement
Although incidents of road rage are more prevalent among those with lengthy commutes, workers even with short trips to their jobs aren't spared, Fox News reported.

The research showed that nearly 40 percent of workers with travelling time of less than five minutes experience road rage from time to time.

The also study found that while 10 percent of workers tend to have more road rage in the summer, 17 percent have less.

"Planning ahead and taking advantage of flexible work arrangements can help alleviate stress levels and set a more positive vibe for the workday," Haefner said.

The study was based on surveys of 3,892 full-time professionals in U.S.

Motorists as Afraid of Road Rage Attacks as Accidents

Becoming a victim of road rage and meeting with a car accidents are the biggest phobias that strike motorists, and both of these equally worry drivers, according to a survey conducted
Advertisement
News A-Z
A B C D E F G H I J K L M N O P Q R S T U V W X Y Z
What's New on Medindia