No Difference Between Human Embryonic Stem Cells and Reprogrammed Cells 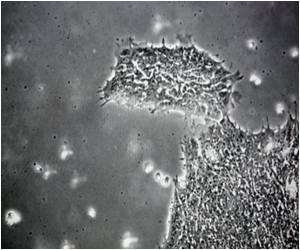 RELEVANCE: The pluripotency of ES cells fueled excitement over their use in regenerative medicine. While ethical hurdles associated with the clinical application of human ES cells appeared to have been overcome with the development of methods to create iPS cells, some recent research has suggested that ES and iPS cells have substantial differences in which sets of genes they express. These findings from Whitehead Institute argue to the contrary, rekindling hopes that, under the proper circumstances, iPS cells may indeed hold the clinical promise ascribed to them earlier.


Their results are published in the August 6 issue of Cell Stem Cell.

iPS cells are made by introducing three key genes into adult cells. These reprogramming factors push the cells from a mature state to a more flexible embryonic stem cell-like state. Like ES cells, iPS cells can then, in theory, be coaxed to mature into almost any type of cell in the body. Unlike ES cells, iPS cells taken from a patient are not likely to be rejected by that patient's immune system. This difference overcomes a major hurdle in regenerative medicine.

Encyclopedia section of medindia gives general info about Cord Blood
Advertisement
"Billions of dollars have been invested in the idea that we will use ES cells at some point in the future as therapeutic or regenerative agents, but for ethical and practical issues, this may not be possible," says Garrett Frampton, a co-first author on the Cell Stem Cell paper and a graduate student in the lab of Whitehead Member Richard Young. "But if they work out therapies with ES cells, and iPS cells are equivalent to ES cells, then the idea is that those therapies could be used with iPS cells as well. Whereas if iPS cells are different from ES cells, then who knows if you can use iPS cells for therapy?"

Since iPS cells were first developed in 2006, the similarities and differences between ES and iPS cells have been hotly debated in the scientific community. Thus far, researchers have gauged the cells' equivalence by determining whether the cells express the same genes, but such studies have yielded mixed results.

"At this stage, we can't yet prove that they are absolutely identical, but the available technology doesn't reveal differences," says Young, who is also a biology professor at MIT. "It does mean that iPS cells could be useful as personal ES cells in the future."

Some earlier studies have indicated that iPS and ES cells are dissimilar enough to be classified as different cell types. To see why the results differed so strikingly from theirs, Guenther and Frampton reanalyzed those studies' data. They concluded that the differences noted in other studies were not consistent between different laboratories and thus were not likely to be a result of fundamental differences between the cell types.

"The key question is, are any of these differences functionally relevant? Do they change how a cell matures or not?" says Whitehead Member Rudolf Jaenisch, whose lab worked closely with Guenther and Frampton. "The earlier documented differences were more noise than anything. But other tests may give you a different answer. So it is still an open question, something that the field will continue to struggle with and have to decide."

"Our paper addresses the ground state of iPS and ES cells in a laboratory setting," he says. "But we don't know for a fact that they won't behave differently when they mature into various cell types or tissues. That's the next step."

Chronic Lymphocytic Leukemia (CLL) is one of the most common types of adult leukemia and is considered as one of the 'good cancers'.
Advertisement
<< Internet is the Main Source of Sex Info for Chinese Teens
Brit Woman With Rare Disorder Dubbed 'Flamingo Lady' >>