No Cause for Fear on Uranium in Water: Himachal Minister 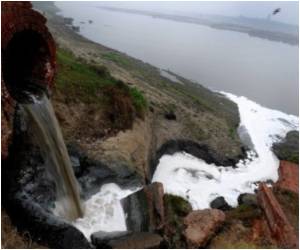 The uranium content in the groundwater of Himachal Pradesh is not at alarming levels, a Himachal minister said on Wednesday.

The maximum concentration of uranium in the state was recorded in Kasol village, 42 km from Kullu town, at 37.40 ppb (particles per billion) in the surveys of Guru Nanak Dev University of Amritsar in Punjab, Irrigation and Public Health Minister Ravinder Ravi told the assembly during question hour.

Belgian authorities has lifted precautionary measures around the southern town of Fleurus following a leak of radioactive iodine there 15 days ago, the interior ministry said Saturday.
Advertisement

He said the concentration of uranium at Samoor Kalan village, eight km from Una town, was 18.20 ppb, while it was 8.02 ppb in Shaat village in Kullu district.


As per the Atomic Energy Regulatory Board of India, uranium limit in the groundwater beyond 60 ppb is alarming.

"Since there is no health hazard associated with these levels of uranium in groundwater, the government is not planning precautionary steps," the minister added.

Radioactivity is Still an Issue at Delhi Hospitals

It has emerged that over 800 laboratories in Delhi are still using radioactive material without fulfilling the requisite norms
Advertisement
<< Tummy Out After Pain Killers? Kolkata Researchers Find a Cu...
Ultra-sensitive Biosensor Opens New Possibilities for Early... >>

Xenophobia
News Archive
News Resource
News Category
JUUL E-Cigarettes Banned from US Market Busy Americans Get The Least Sleep At 40 Years Deepika Padukone Rushed To Hospital After Sudden Chest Pain Vegans, Vegetarians and Fish Eaters Have Better Memory Than Meat Eaters How to Reduce the Risk of Acute Kidney Injury By Drinking Coffee?
More News
Sign up for Wellness Consult a Doctor Sign up for Selfcare