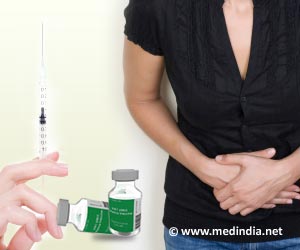 The occurrence of urinary tract infections without an apparent cause and its resistance to antibiotics makes the treatment outcomes less predictable.

Ask people who have suffered from urinary stones and they will tell you how excruciating the pain can be!
Advertisement

The research findings, published in this week's Proceedings of the National Academy of Sciences, reveal the specific genes expressed by Escherichia coli, the bacteria that most often causes UTIs in otherwise healthy people.


"The bacterium is becoming resistant to currently available antibiotics, making it imperative to develop new treatment and prevention strategies," says senior study author Harry T. Mobley, Ph.D., the Frederick G. Novy professor and chair of the Department of Microbiology and Immunology at the University of Michigan Health System. "The next logical step is to identify and develop therapies that selectively block these UTI-specific genes."

Interactive section of Medindia gives general information about Male Urinary System.
Advertisement
In the study of 42 women, 7.7 percent had infections that were resistant to ciprofloxacin and 15.3 percent did not respond to trimethoprim/ sulfamethoxazole, two antibiotics commonly used for treatment.

The U-M team used genomic screening tools to take a deeper look at the mechanisms for infection. Rather than the expected virulence factor, the newly discovered E. coli-specific genes helped protect the bacterial species from the toxic effect of metal ions the body uses to fight infection.

Attacking this function, and other mechanisms that promote survival of the bacteria in the urinary tract, may be a strategy for new microbial agents, authors say.

The U-M has a remarkable record in research of molecular mechanisms leading to bacterial infections. The Mobley research team is among scientists identifying a potential approach for a vaccine to prevent urinary tract infections.

Guidelines for the Treatment of Uncomplicated Urinary Tract Infections in Women

A recent article reviews guidelines for the treatment of uncomplicated urinary tract infections with antibiotics in women.
Advertisement
Advertisement

Cystitis is an inflammation of the urinary bladder. Cysitis is caused by bacteria and women are more likely ...

Cystoscopy is a procedure wherein the urologist visualizes the lining of the urinary bladder and the urethral ...