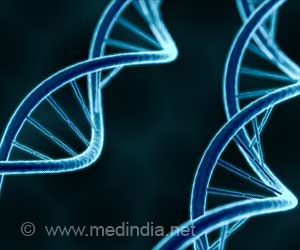 New study has developed a method that enables genes in living T-cells in mice to be modified quickly and efficiently. The methods makes use of plasmids, a tried-and-tested method of genetic engineering. The study from the Department of Biomedicine at the University of Basel and University Hospital Basel is published in the Journal of Immunology.

Molecular biological methods such as CRISPR -Cas9 - more commonly known as molecular scissors - can be used to selectively modify genes in living cells. Scientists have now adjusted the process to enable T-cells from mice, an essential part of the immune system, to be efficiently genetically modified. This direct manipulation of immune cells opens up new opportunities for research and could reduce the time-consuming breeding of genetically modified mice.

Advertisement
‘New genetic engineering method allows targeted gene surgery in T-cells and opens up new perspectives for research into the immune system, and possibly for the development of new T-cell-based therapies.’

From a mouse back into a mouse


For their study, the researchers, led by Professor Lukas Jeker from the University of Basel and University Hospital Basel, took T-cells from a mouse and cultured them in the lab. They then used a plasmid - a proven delivery vehicle - to introduce two elements into the cells via an electrical impulse: RNA molecules, which attach to a specific section of double-stranded DNA, and the protein Cas9, which cuts the DNA at this site.
Advertisement
The ensuing, frequently faulty repair often switches off the gene. It is also possible to rewrite individual DNA building blocks in the genetic material, but this is much more difficult and less efficient. Two days after taking them out, the cells are transferred back into mice.

The altered T-cells survived in the recipient mouse and were fully functional: they multiplied, migrated to lymph nodes and the spleen, and behaved as expected during an infection. They thereby fulfilled the prerequisites needed for the potential therapeutic use of genetically modified T-cells.

Using specially developed tests, the researchers were able to further increase the efficiency of the tiny, precise mutations. They also succeeded in using the method to repair a mutation in the FOXP3 gene that causes severe autoimmune diseases in mice. Since the method uses simple techniques, it is also of interest to research groups with a limited budget.

"Our method allows targeted gene surgery in T-cells and opens up new perspectives for research into the immune system, and possibly for the development of new T-cell-based therapies," says Lukas Jeker, Professor of Experimental Transplantation Immunology and Nephrology at the University of Basel.

T-cell therapies are currently enjoying great success in the fight against cancer. It is therefore hoped that genetically reprogramming human T-cells could also be of use in future treatments of cancer, autoimmune diseases and severe infections as well as in transplantation medicine. The research group is therefore working to refine the technique and transfer it to human T-cells.

Understanding the Structure of a Nanoscaffold for Heart Cells
High-resolution 3D microscopy study of cardiomyocytes on polymer scaffold nanofibers reveals the ......