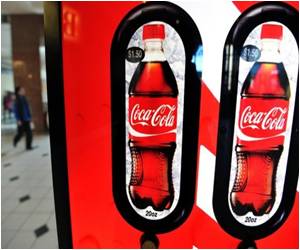 Coca-Cola has said that it is replacing Sprite in the country with a version which will use the sweetener stevia. This is a good move as stevia is known to have 30 per cent fewer calories.

To address obesity and take the anti-obesity movement forward, coca-cola has stuck its neck out to help in anyway possible.

Stevia is a sweetener from the extraction of a plant called stevia. This has become famous as a non-caloric sweetener to reduce calories and food manufactures have wanted to make the most of this. They also need to counter the bitter after taste in some drinks.


This announcement to use the new sweetener in Sprite was made at a perfect timing just before the airing of Coca-Cola's anti-obesity TV ad in the United Kingdom. In the US, this advertisement did raise a storm, especially since everybody knows the role sodas play in increasing obesity rates.

More News on:
Colas are Bad For Health in the Long Run Top 10 Natural Sweeteners for Your Good Health

Coca-Cola Recalls Five of Its Popular Drinks Following Fears of Glass Fragments in Bottles
Concern over the presence of glass fragments in the bottles has caused the cola giant, Coca-Cola to ...

Coke Addiction Blamed For Kiwi Woman's Death
The partner of a Kiwi woman has blamed her addiction to Coca-Cola for her death....