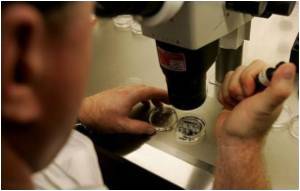 Announcement on miscarriage rates after IVF treatment with frozen thawed embryos which may modernize clinical and laboratory practice was published in an article in the December issue of Reproductive BioMedicine Online by Elsevier, a world-leading provider of scientific, technical and medical information products and services.

As the practice of freezing and transferring 'surplus' embryos widens rapidly, concerns about whether the freezing process may interfere with the viability of the embryos are often raised by patients. The study highlights that miscarriage is less likely to occur after the transfer of fresh embryos compared with frozen-thawed embryos, but also that the age of the embryos at the time of freezing could influence the miscarriage rate.

Y.A. Wang and colleagues undertook a retrospective analysis of 52,874 clinical pregnancies recorded on the Australian and New Zealand Assisted Reproduction Database (ANZARD) between 2004 and 2008 that showed that the woman's age and obstetric history are closely related to the risk of miscarriage, and that the transfer of fresh embryos is associated with fewer miscarriages than transfer of frozen-thawed embryos.


The overall miscarriage rate was 18.7%; younger women (< 35 years) being almost 3 times less likely to miscarry than women > 40 years of age, and women who had an elective single embryo transfer were less likely to miscarry than if two embryos were transferred. Transferring thawed embryos which were frozen at an earlier stage of development than the blastocyst were less likely to miscarry. The authors proposed a practice model of transferring fresh blastocysts and freezing of cleavage-stage embryos to reduce the miscarriage rate after IVF and related treatments. Such a model, they claim, could lead to a substantial reduction in the miscarriage rate and eliminate much of the anxiety suffered by women undergoing Assisted Reproductive Technology.

Encyclopedia section of medindia gives general info about Genetic counseling
Advertisement
As noted by Yacoub Khalaf, Director of the Assisted Conception Unit at Guy's and St Thomas' NHS Foundation Trust, London, in a commentary in the same issue of Reproductive BioMedicine Online, this model may have practical limitations and would need validation in a randomized trial. Large databases aggregated over many years are not free of bias and are not usually comprehensive enough to account for all the pertinent variables. Retrospective analysis of large national databases is useful in identifying trends and generating hypothesis, but evaluation of these hypotheses in randomized trials remains necessary for objective validation.

"It is interesting that miscarriage rates of frozen blastocysts were higher in the Australian study, particularly since it is well known that blastocysts have a lower frequency of chromosomal anomalies than cleaved embryos. Blastocyst culture is still a relatively new approach and culture-related factors such as selection for freezing at blastocyst stage may have affected early learning experiences in some clinics. It is therefore important to repeat a similar analysis of Australian clinic data during subsequent years," Dr. Jacques Cohen, senior editor of Reproductive BioMedicine Online, said of the study.

Stress and Miscarriage
News Archive
News Resource
Advertisement
News Category
New Technology can Help Older Women Stay Active and Healthy Why Does a Woman's Brain Change After Menopause? Enjoy Your Breastfeeding by Choosing a Comfortable Feeding Bra Abortions Hit a Record High During Covid in UK: Report High Leptin Levels may Up Lifelong Heart Disease Risk in Mom and Baby
More News
Sign up for Wellness Consult a Doctor Sign up for Selfcare