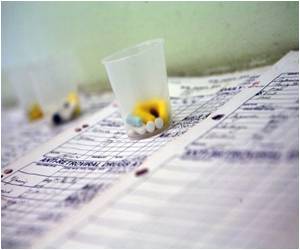 Tofacitinib improves ulcerative colitis symptoms, say researchers at the University of California San Diego, School of Medicine. The study will appear in the August 16, 2012 issue of the New England Journal of Medicine (NEJM).

Results from the phase 2 clinical trial showed the drug Tofacitinib achieved clinical response and remission in certain patients suffering from ulcerative colitis - a chronic inflammatory disease of the colon where patients experience painful episodes of rectal bleeding and diarrhea combined with the urgent need to use the restroom.

Ulcerative colitis is characterized by bouts of diarrhea, bleeding per rectum and pain, which remits and relapses. Fulminant colitis is a possibility, which may require colectomy.
Advertisement

"Ulcerative colitis causes severe bouts of illness that adversely affect a patient's quality of life at home and work." said William Sandborn, MD, chief of the Division of Gastroenterology at the UC San Diego School of Medicine and director of the Inflammatory Bowel Disease Center at UC San Diego Health System. "Oral treatment with Tofacitinib resulted in improvement and remission in some patients."


Currently, there are limited types of drugs to treat ulcerative colitis. Drugs available are not universally effective and some require intravenous administration.

Stomach is the organ where food is mixed, stored and partially digested.
Advertisement
"This is a whole new class of drug that affects the number of proteins in the immune system that cause this type of inflammatory bowel disease (IBD)," said Sandborn.

There are about 600,000 to 700,000 patients suffering from ulcerative colitis in the United States. Half of these patients experience severe flare ups that in some cases could progress to surgery where the colon is completely removed.

"Patients with a more advanced case of ulcerative colitis need a potent and highly effective therapy," said Sandborn. "The results of our study show Tofacitinib may provide a new approach to attacking this disease."

One hundred and ninety four patients were part of the randomized trial, which was conducted at 51 centers in 17 countries. Eligible patients were at least 18 years of age, had a confirmed diagnosis of ulcerative colitis and had previously been treated with conventional therapy for the disease.

The patients were treated for eight weeks. They were given a dose of Tofacitinib twice daily, and benefits could be seen as early as two weeks. A flexile sigmoidoscopy was performed at the beginning and end of the trial, along with blood work and stool samples as a measurement of intestinal inflammation.

Among patients treated, the most commonly reported infections were influenza and nasopharyngitis - a respiratory infection with common-cold symptoms. Two patients developed an abscess, and in some cases, headaches were reported and the ulcerative colitis worsened.

"The goal of this study was to show that the oral inhibitor is effective in treating ulcerative colitis. The next phase of studies aim to confirm the efficacy and safety profile of the drug, will examine the long term or maintenance effect of Tofacitinib and confirm the results of this study," said Sandborn.