New Insight into Tablet Computer Use 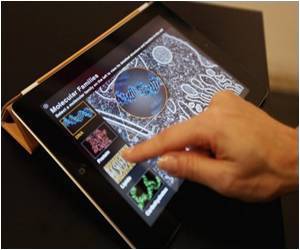 Head and neck posture during tablet computer use can be improved by placing the tablet at a higher position to avoid low gaze angle, say scientists.

"Compared to typical desktop computing scenarios, the use of media tablet computers is associated with high head and neck flexion postures, and there may be more of a concern for the development of neck and shoulder discomfort," said lead investigator Jack T. Dennerlein, PhD, of the Department of Environmental Health, Harvard School of Public Health, and Brigham and Women's Hospital.

The healing effects of yoga benefit those suffering from backpain, by alleviating their pain and also preventing its recurrence.
Advertisement

Understanding the basics about our back and our posture is very important in preventing back pain and improving workplace productivity.
Advertisement
Head and neck flexion varied significantly across the four configurations and across the two tablets tested. The iPad2 was associated with more flexed postures when it was placed in its case. This appeared to be driven by differences in case design, which drastically altered the tablet tilt angle and the corresponding viewing angle. For both tablets, the gaze angle changed in a similar fashion to the head flexion across all configurations, with non-perpendicular viewing angles causing increased head and neck flexion. Head and neck flexion angles were greater, in general, than reported for desktop or notebook computing.

Only when the tablets were used in the Table-Movie configuration, where the devices were set at their steepest case angle setting and at the greatest horizontal and vertical position, did posture approach neutral. This suggests that tablet users should place the tablet higher, on a table rather than a lap, to avoid low gaze angles, and use a case that provides steeper viewing angles. However, steeper angles may be detrimental for continuous input with the hands. "Further studies examining the effects of tablet and configuration on arm and wrist postures are needed to clarify and complete the postural evaluation," noted Dr. Dennerlein.

"Our results will be useful for updating ergonomic computing standards and guidelines for tablet computers. These are urgently needed as companies and health care providers weigh options to implement wide-scale adoption of tablet computers for business operations," Dr. Dennerlein concluded.

An increasing number of people who are using smartphones and tablet computers are coming down with conditions such as "text-thumb injury" or "text-neck".
Advertisement
<< New Malaria Maps
Gut Feeling Equally Important for Students in Understanding... >>

Drug - Food Interactions The Essence of Yoga Find a Doctor Daily Calorie Requirements Noscaphene (Noscapine) Accident and Trauma Care Pregnancy Confirmation Calculator Selfie Addiction Calculator Sanatogen Hearing Loss Calculator
This site uses cookies to deliver our services.By using our site, you acknowledge that you have read and understand our Cookie Policy, Privacy Policy, and our Terms of Use  Ok, Got it. Close
×