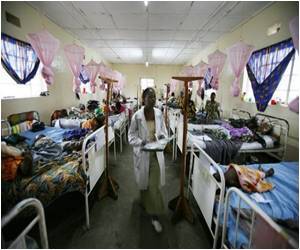 Researchers have used a revolutionary technique to find how human African Trypanosomiasis (HAT) drugs target the parasite which causes the disease. This finding could pave way for better treatments.

The findings, published in Nature, are based on the simultaneous analysis of thousands of genes and the action of the five drugs effective against HAT, also known as sleeping sickness. The research was a collaboration between LSHTM, the Wellcome Trust Sanger Institute and the University of Cambridge and was funded by the Wellcome Trust.

The disease usually fatal if left untreated - is caused by a parasite called Trypanosoma brucei, which is transmitted by the tsetse fly and attacks the central nervous system. Although treatment is available, until now there has been little understanding of how and why the drugs are particularly effective against African trypanosomes and therefore limited scope to tackle resistance when it arises. In particular, an arsenic-based drug called melarsoprol is increasingly ineffective and has the added problem of severe toxicity in patients; it is only because HAT is such a lethal disease that this drug is still in use.


Employing a process of specific gene disruption that prevents the parasite from producing its signature proteins, and targeting one gene in each cell (the parasite is unicellular), the scientists identified which modifications resulted in drug resistance. This implied that the original gene was essential for the drug to work. The technique, called RNA interference target sequencing (RIT-seq), depends upon technology developed by scientists at LSHTM over several years and a high-throughput DNA sequencing approach developed in collaboration with researchers at the Wellcome Trust Sanger Institute.
Advertisement
The team screened the entire T. brucei genome of 7,500 genes and found a total of 50 genes, and therefore 50 proteins, that are linked to drug action and resistance. With this information, the group analysed the biological processes those proteins are involved in and deduced how the drugs interact with the parasite.

Lead researcher Dr David Horn, Reader in Molecular Biology at LSHTM, said: "We now know a lot more about how these drugs work. This new understanding of how these medications kill parasites, or fail to kill parasites, could lead to the development of tests that guide the intervention strategy as well as more active and safer intervention options. What is important now is to begin the process of translating the new findings into clinical advances such as new diagnostics and therapies."