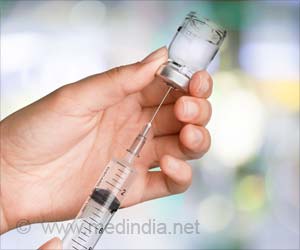 Advertisement
‘A new treatment that knocks down unhealthy immune cells to turn off the overactive immune response developed by scientists. ’

"We are really taking treatment for autoimmune disease in a new direction," begins Mingnan Chen, Ph.D., assistant professor in Pharmaceutical Chemistry at U of U Health. "This is the first time anyone has looked at the programmed cell death protein (PD-1) cells as a target to develop therapeutics for autoimmune disease."


The team tested the treatment in a mouse model that mimics type 1 diabetes. They found the treatment delayed the onset of diabetes in mice (29 weeks old compared to 19 weeks old for control-treated mice).
Advertisement
In addition, the treatment was also applied to a mouse multiple sclerosis model (experimental autoimmune encephalomyelitis). Not only did the treatment halt the progression of paralysis in the six mice in this model, these mice regained the ability to walk. The team monitored the mice for 25 days after treatment and found the paralysis did not return.

In a normal functioning immune system, the PD-1-expressing cells, including immune cells (B and T lymphocytes), contain a mechanism that acts like a checkpoint that prevents the cycle from attacking itself. In people with autoimmune disease, these cells, somehow, escape the checkpoint and the immune system remains in a state of alert, attacking body cells.

"We wanted to target PD-1-expressing cells," said Peng Zhao, Ph.D., a former graduate student in Chen's lab and first author on the paper. "Using this method, we may avoid long-term immune deficiency caused by common treatments for autoimmune disease."

Chen and his team engineered a protein molecule to deplete the misfunctioning PD-1-expressing cells from the body. The engineered molecule consists of three parts: an anti-PD-1 antibody fragment (?PD-1), a toxin (Pseudomonas exotoxin) and a binder (albumin-binding domain). The antibody fragment acts like a key that attaches and gaining access into the PD-1-expressing cells. The protein toxin kills the cell. The binder allows the engineered molecule to circulate in the body for a longer time.

Chen and his team challenged the immune system of the mice in the study to determine whether the treatment had a negative effect on the healthy immune system. They found the mice in each model mounted a normal immune response.

The experimental therapeutics engineered by Chen and his team thus far is specific to mice. They are currently developing therapeutics applicable to humans.

"To make similar therapeutics for people, we would need to find the anti-human PD-1 antibody, like the anti-mouse PD-1 antibody," Chen said. "If we can generate the human version of therapeutics, I think we could make a huge impact in treating autoimmune disease."