New Documentary Urge Gays to Give Up Sex to Become Catholics 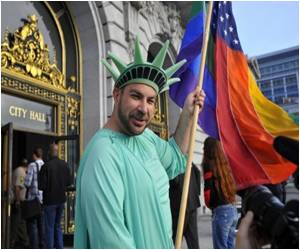 A documentary supported by the Catholic church of New Zealand has urged gay people to give up sex if they want to be Catholics.

A video endorsed by Auckland Bishop Patrick Dunn says homosexual sex is a sin and those who are experiencing same-sex attraction are encouraged to "love God" instead, Stuff.co.nz reported.


But the gay community says the documentary is "horrifying" and an insidious attempt to make it seem the church is more tolerant towards homosexuals.


The Third Way, billed as the church's new approach to homosexuality, tells fellow Catholics not to hate those living with same-sex attraction, or SSA, but not to affirm their activities either.

If gay people choose to be Catholic, the documentary says, they need to stop leading a "gay lifestyle", and practise chastity.

Gays and Lesbian Teens More Inclined Towards Binge Drinking
According to a study, there has been increase in binge drinking by lesbian and gay adolescents ......