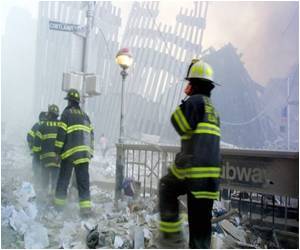 In fire victims, smoke inhalation is the major cause of death due to cyanide poisoning.

However, new research presented at CHEST 2012, the annual meeting of the American College of Chest Physicians, shows that a new antidote, cobinamide, may help reverse the effects of cyanide toxicity.

A woman in search of cash and jewelry is believed to have killed at least six persons in the southern Indian state of Karnataka.
Advertisement


Researchers concluded that cobinamide shows promise as a potential antidote for cyanide poisoning in smoke inhalation victims and that it could potentially be administered in mass casualty exposure scenarios. This study was presented during CHEST 2012, the annual meeting of the American College of Chest Physicians, held October 20 - 25, in Atlanta, Georgia.

Health authorities in New South Wales, Australia, have warned the public not to eat a specific brand of apricot after it was found to contain high levels of cyanide.
Advertisement
<< Software Instructions of Aggressive Leukemia Cells Decoded
In Patients With Metastatic Prostate Cancer, Noninvasive As... >>

Fast-acting Oral Antidote for Cyanide Poisoning Disasters in the Offing

Researchers at the University of Minnesota have announced the development of potential new antidotes for cyanide that can be taken by mouth rather than injection.

Are Menopause Symptoms Troubling You?: Try these Options
View all
News Archive
News Resource
News Category
Why Do Astronauts Lose Bone Density? Can Carbon Monoxide Help Fight Inflammation? Can the Monkeypox Virus Spread Through Surface Contact? How Did the Baby and Womb Connection Develop in Mammals? Is Drought Associated With Increased Diarrhea Risk
More News
Sign up for Wellness Consult a Doctor Sign up for Selfcare