NCR Sees A Rise in Health Claims Among Youngsters: Survey 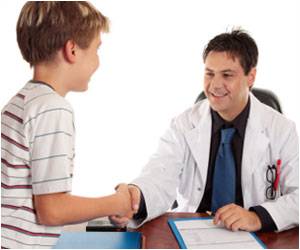 A survey conducted over the last three years by an insurance company reveals that frequency of health claims is on the rise among the younger age-groups -- six-18 years and 19-25 years.

Except Noida, where the trend shows a decline in claims among younger age-groups, areas like Delhi, Faridabad and Gurgaon have recorded a steady rise in health-related ailments.


The private sector ICICI Lombard General Insurance Company derived the findings from the analysis of its own claims data for the NCR region.

"We believe that it is imperative for us to identify health-related trends given the large repository of health-related claims data available to us," said Sanjay Datta, chief, underwriting and claims, ICICI Lombard General Insurance.
Advertisement
"Our analysis for the NCR region highlights the rising incidence of ailments in the younger age-group, as this segment faces the maximum pressure to compete in the fast changing and competitive landscape of today," he said.

However, ailments like cataract, and heart stroke witnessed a decline in claims by 2-4 percent as compared to 2011-12 across all the five cities.

"In case of heart stroke, Delhi witnessed a decline in cases from eight percent to six percent between 2011-12 and 2013-14 (April-September)," the survey states.

"Gurgaon saw a reduction in heart stroke claims from 6.3 percent to 4.6 percent, while Faridabad witnessed a decline from 5.1 percent to 4.3 percent," it further stated.

Source: IANS
Advertisement
<< Public Health Crisis Is Due to Antibiotics Use In Farms, Cl...
Christmas Cards Finally Delivered After 60 Years >>

Difficulty in Sleeping and Daytime Sleepiness Linked to Poor Mental Health
A study has revealed that an increase in difficulty initiating and maintaining sleep is ......

Medical Tattoos may Pose Health Risks
A new study has claimed that there's a need for doctors to know about medical tattoos-an ......

Global Health Funds and Private Donations Not Always Used Where Needed
Global health funding boosted by private donors has quadrupled since 1990, but the extra money has ....