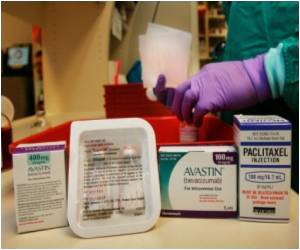 A group of researchers from Chicago have discovered that diamonds can prove to be the most effective way of transporting chemotherapy drugs directly to the cancer tumors without destroying the surrounding tissues.

According to the researchers nanodiamonds, which are microscopic carbon particles of diamond smaller than eight millionths of a millimetre, successfully bind with chemotherapy drugs.

The researchers tested the effectiveness of such a method mice with liver and breast cancers and found that the nanodiamonds transfer the drugs to the tumors without many ill effects associated with chemotherapy.


The researchers also found that such a method of treatment kept the drug in circulation ten times longer than the standard mode of chemotherapy. "Our results show the nanodiamond's enormous translational potential towards significantly improving the efficacy of drug-resistant cancer treatment and simultaneously improving safety", lead researcher Dr Dean Ho said.