Music therapy can serve as a physical and psychological aid to patients coping with advanced illness, according to a new study.

The researcher team says that the study is the first to gauge -and substantiate - that exposure to music therapy can dramatically improve the mental and physical condition of patients receiving palliative care.

"We've known for a while that music therapy can be used for a wide variety of things in a medical setting," Live Science quoted study author Lisa M. Gallagher, a music therapist with the Cleveland Music School Settlement and The Cleveland Clinic's Horvitz Center for Palliative Medicine, as saying.


"But this particular study clearly shows that it helps improve mood while decreasing pain, anxiety, depression and even shortness of breath among seriously ill patients," she said.

Gallagher was expected to present her findings Tuesday at the American Academy of Pain Management Meeting being held this week in Nashville, Tenn.

Patients were between the ages of 24 and 87, with an average age of just over 60. About 60 percent of the patients were women, and the research team noted that almost 30 percent had some sort of musical background.

Music therapy first involved the patient choosing the style of music her or she wanted to hear, after which Gallagher herself (or a music therapy intern under her guidance) played appropriate selections on keyboards. The therapy averaged approximately 25 minutes, during which patient family members were also present about a third of the time.

Physical and psychological tests were conducted both before music therapy and after an initial therapy session. The results indicated that in addition to marked benefits in patient anxiety, mood, pain and shortness of breath, more than 80 percent of the patients said their mood had improved following music therapy.

Movement, facial expression and verbal skills were also found to have significantly improved as well. Having had a prior musical background seemed to play no role, and, for the most part, women and men derived similar benefits from the experience.

Sounds of Healing: Music Therapy
From infants to the infirm, music's appeal is universal and nonpareil, wafting its way to the heart! Get cured by music therapy and feel overwhelmed
READ MORE

The Therapeutic Tabla
In order to spread the benefits of Tabla not only as music but as therapy also, a Tabla player from a region close to Kolkata has started a tabla Academy.
READ MORE 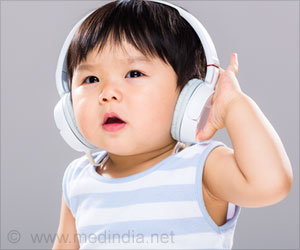 Mozart Effect on Babies
Mozart music can induce a short-term improvement on the performance of mental tasks and may boost brainpower in babies and make them more intelligent.
READ MORE