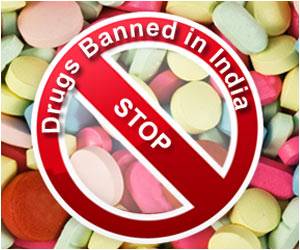 Mumbai police on Monday arrested Munir Khan, who claimed to have a medicine for every disease including HIV, diabetes, heart ailments, tumors, stress management and reversal of premature aging. The self-proclaimed scientist was arrested after Food and Drug Administration (FDA) officials registered a watertight case against him at Versova police station.

FDA has declared that the drug, 'Body Revival', being sold by Khan, is spurious. Lab tests have confirmed that some important ingredients, claimed to be present in the medicine, was missing.

In a two-week long covert operation, FDA and the police clamped down on Khan's clinic. Two FDA officials visited Khan's clinic in Patel Nagar at Versova in Andheri (West) on March 18 posing as patients.


"We had to pass through a series of security checks before entering Khan's chamber. There was a bevy of musclemen and security persons guarding his office. When we entered his clinic, he asked me about my illness. I said, I suffered from an ailment of the heart. He did not examine me. He simply asked me to collect the medicine from the counter outside," said a decoy FDA official.
Advertisement
The officials then purchased a 100 ml bottle of the medicine at a price of Rs.15,750. Later, the samples were subjected to lab tests and FDA was able to ascertain that the ingredient Acorus Calamous (Vekhand) was not present in the drug.

"After the drug analysis, we have declared that Khan's drug is spurious, not of the standard quality and wrongly branded as it did not contain ingredients as claimed on the label," said Harshadeep Kamble, state FDA commissioner. Khan was arrested earlier too.

He was arrested on three accounts in 2008, 2009 and 2014. However, according to the police, he had managed to seek bail and go free every single time. Body Revival's advertisements are rampant on television after midnight everyday. Khan also markets his magic cure on a website.

Drugs for ADHD Increase Risk of Suicidal Thoughts Among Users
Patients taking medication for ADHD should immediately report any suicidal thoughts to their doctor ...

Weight Gain Due to Diabetes Drugs Increases Risk of Heart Failure
A new study has revealed that diabetics who take medications to lower their blood-sugar levels are ....

President Obama Aims to Cut Antibiotic Use to Tackle Drug Resistance
According to the Centers for Disease Control and Prevention, drug-resistant bacteria, also known as ...