Most Parents Unaware of How Kids' Use Social Media 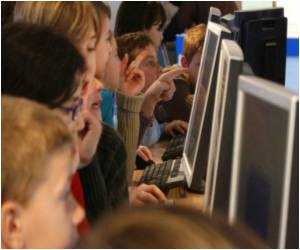 Parents would be surprised by what their kids are doing on the Internet, claims researcher.

Sahara Byrne, is a professor of communication at Cornell University and an expert in online communication who studies social media use by kids and teens.

She asserted that youth believe that social media is their turf and they are somewhat correct.


Byrne explained that parents sometimes have no idea what their children are doing online until it's too late.

She said that their study found while 30 percent of youths admit to having been cyberbullied, only slightly higher than 10 percent of their parents reported that they knew.

Byrne said that about 15 percent of the youths in the study admitted to cyberbullying others, under 5 percent of those parents were aware.

Nearly 20pc of Kids are Victims of Cyberbullying
One in five children get targeted by cyberbullies, find researchers....

Four in Five Indian Parents Aware of Dangers Posed by Cyberbullying
The makers of Norton anti-virus software, Symantec Software Solutions reveal that around four in ......