Most Facebook Users In Britain Care More For Looks Than Intelligence 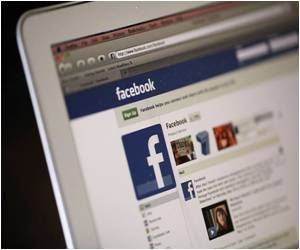 Most Britons care about looking good on their 'online profiles' on social networking sites like Facebook rather than seeming intelligent, a new study has suggested.

According to a survey by Intel that researched into the social media habits of different nationalities, 56 percent of Britons care about looking as good as possible on their social media profile pages.

A new Facebook app that allow players to gamble with real money has sparked widespread anger among Christian groups in Britain.
Advertisement

In contrast, social media users in Middle East and the rest of Europe are far more concerned about appearing intelligent when posting information online, with 61 percent saying they wanted to seem intellectual when sharing content and their views on sites such as Facebook.


"Finding a balance between narcissistic impulse, a need to be 'in the loop' and being careful about self-disclosure are all aspects of contemporary identity," The Telegraph quoted Amber Burton, a lecturer in digital media and advertising at Bournemouth University, as saying.

A new research has revealed that those who have a large network of friends on social media networks like facebook may not wish to share information about charitable causes.
Advertisement
The survey results suggested that more than half of Britons want to be more like their "well crafted social media personas" in real life.

The study also found that Britons hate "over-sharing" on social media with 91 per cent agreeing that there are some topics which have no place on these digital networks.

You can apparently be considered a 'psychopath' if you have better things to do in your life than posting new statuses, or uploading pictures on social networking sites like Facebook.
Advertisement
<< People Infected With Cat Parasite More Likely to Attempt Su...
Low Hormone Levels Increase Metabolic Syndrome Risk: Study >>

Melbourne Based Facebook Page Alerts Drunk Drivers From Being Caught