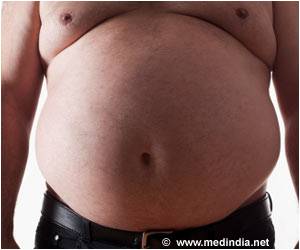 Low levels of a specific hormone has been found to increase the risk of metabolic disease in humans, according to a study.

The study focuses on the hormone adropin, which is believed to play an important role in regulating glucose levels and fatty acid metabolism.

The hormone was previously identified by Scripps Research Associate Professor Andrew Butler's laboratory during an investigation of obese and insulin-resistant mice.


"The results of this clinical study suggest that low levels of adropin may be a factor increasing risk for developing metabolic disorders associated with obesity and insulin resistance, which could then lead to diseases such as type 2 diabetes," said Butler, who led the new study with Peter J. Havel, professor of molecular biosciences and nutrition at the University of California, Davis.

The National Institutes of Health defines metabolic syndrome as a group of risk factors, especially obesity and insulin resistance, that occur together and increase the risk for coronary artery disease, stroke, and type 2 diabetes.

In the new study, which involved 85 women and 45 men, Butler and his colleagues showed that obesity is associated with lower adropin levels. Lower adropin levels were also observed in individuals with a higher "metabolic syndrome risk factor" score, a score determined by measuring triglycerides, LDL cholesterol, HDL, glucose, blood pressure, and waist circumference.

"But the link between low levels of adropin and increased metabolic risk was observed in both sexes," Butler said. "The impact is there, irrespective of gender."

Adropin levels were also found in general to decrease with age-the decline was highest in those over 30 years of age. As with obesity, the aging effect appeared to be more pronounced in men.

Taken together, these results suggest the possibility that therapeutics designed to boost the supply of adropin might be useful in fighting obesity and metabolic disease.

The results have been published online ahead of print in The Journal of Clinical Endocrinology and Metabolism.

Relationship Between Metabolic Syndrome and Inflammatory Biomarkers
Metabolic syndrome poses a threat for the development of coronary heart disease and fat deposition. The disease is clinically manifested with hypertension, hyperglycemia, hypertriglyceridemia,obesity.
READ MORE 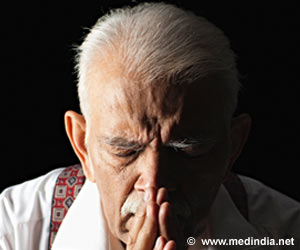 Low Magnesium Intake Increases Risk for Metabolic Syndrome and Depression in Elderly Diabetics
A study from Taiwan found that elderly people with type 2 diabetes may suffer from metabolic syndrome and depression if their magnesium intake is low.
READ MORE

Metabolic SyndromeDealing with Menopause symptoms through lifestyle changesSyndrome XFatty Liver Disease: A Growing Health Problem in IndiaTop Ten Reasons Why You Should Eat BreakfastTop 10 Ways to Speed up Your Metabolism For Weight LossLatent Autoimmune Diabetes (LADA)