Most Admired People in America: Obama and Hillary 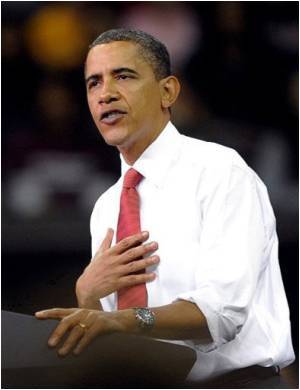 A new poll has found that President Barack Obama and former Secretary of State Hillary Clinton are the most admired man and woman in America.

According to Gallup Poll, nearly 16 percent of Americans said they most admired Obama.

The poll found that Clinton led among women with 15 percent of Americans liking her.


Obama and Clinton top the Gallup poll for the sixth consecutive year.

According to Politico, Obama is a dozen points ahead of the next contenders, former President George W. Bush and Pope Francis, who each got 4 percent.
Advertisement
Former President Bill Clinton got 2 percent, and former Rep. Ron Paul, Sen. Ted Cruz, former Massachusetts Gov. Mitt Romney and former President Jimmy Carter each got 1 percent.

Behind Hillary were Oprah Winfrey, with 6 percent, and former Alaska Governor Sarah Palin and First Lady Michelle Obama, each with 5 percent.

This is the 18th time that Clinton has topped the list as most admired woman in America, a record in Gallup's polling history, and it's her 12th year in a row.

Source: ANI
Advertisement
<< Ahead of Soccer World Cup, South American Hooligans Rule th...
Find Out How Deadly Fungi can be >>

9 Pies and a Turkey Make a Feast at Obama's
Nine different types of pies and a turkey make up for the thanksgiving spread at the Obamas...

Science And Health Would Be Boosted By Obama's Budget
President Barack Obama's budget proposal would boost funds for major science and health programs....